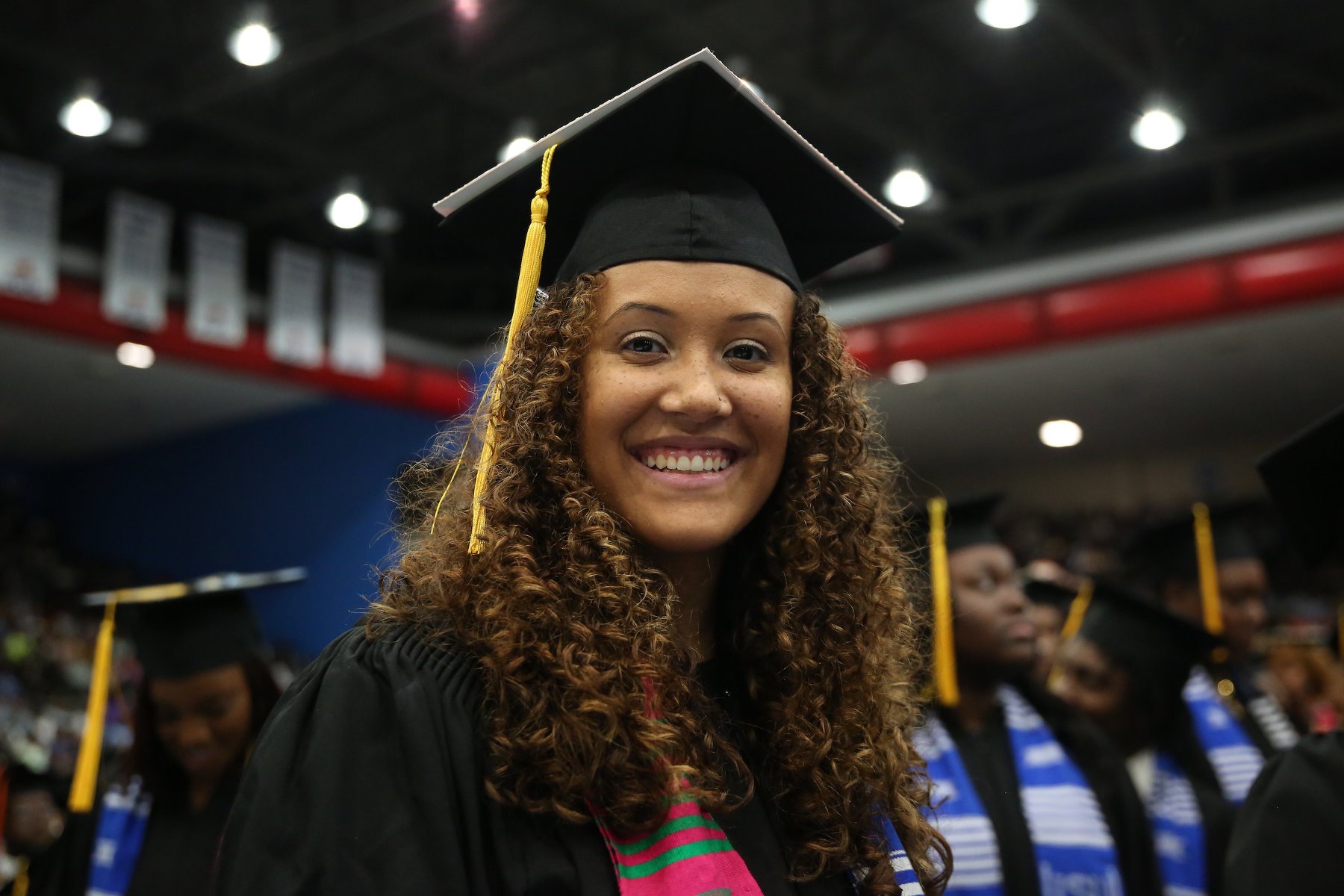 “I wasn’t built to break.” Maricle fully embodies her life motto and overcame the odds against her.

JACKSON, Miss. — As a child, sports begin as hobbies and over time, they become competitive in nature. For former Alcorn State volleyball player Kalee Maricle, they became a way of life.

Not everyone gets the opportunity to play on the collegiate level. But, God granted Maricle what she considered a chance of a lifetime. Volleyball, a sport that has been at the center of her life from a very young age, was her dream.

The Centennial, Colorado native played four years on the varsity volleyball team at Eaglecrest High School. It was during her teenage years that she learned the important concepts of hard work, dedication and commitment to her craft. For these traits not only prepared her to play at the collegiate level, they prepared her for the unforeseen journey of obstacles that life can bring.

“I was used to playing with older and more experienced players so mentally I was prepared to work for a starting spot,” Maricle said.

“I also played on a high-level club volleyball team so that prepared me for the higher level of play.

Welcome to the South

Maricle, 21, left the friendly confines of Centennial – a city right outside of Denver – and traveled 1,700 miles from the rugged mountains of the Mountain West to the hot and humid temperatures of the rural Deep South.

Deep in the woods of Lorman, Mississippi – past the only major city of note, Vicksburg, Maricle began her collegiate volleyball career. But for the former middle blocker, her career did not start nor did it finish as Langston Hughes mentioned in his “Mother to Son” poem as a “crystal stair.”

“My freshman season was very challenging because I was in a new place, on a new team, and had to adjust to many things,” Maricle said.

That adjustment, however, was not too difficult statistically as Maricle finished the season as the 2015 Southwestern Athletic Conference (SWAC) Freshman of the Year.

“I honestly did not even know that awards were given out at the end of the season, I was just working hard and playing the game that I love,” Maricle said.

“Winning the awards at end of the season came as a surprise to me.”

Things, however, would soon shift gears for Maricle in ways that she never imagined before. In January of 2016, following a stellar freshman campaign, her life took an unexpected turn for the worse. A sports medicine doctor found a tumor on her shinbone after conducting an X-ray.

Maricle went to see a tumor specialist following an MRI. She found out roughly two weeks later she was diagnosed with periosteal osteosarcoma – a rare bone cancer – in her left proximal tibia (shinbone). At that moment, a whirlwind of thoughts filled her mind.

“I was a good girl, I got good grades, I worked hard on and off the court, I was a good person, why me,” Maricle said.

“But, on the first day, I told the doctor I was going to be a medical mystery.”

Maricle kept the mindset that she would not be defeated or held back from a normal life, even after the doctor prepped her for the nine-hour procedure she would undergo to have the cancer removed.

“My doctor told me to prepare myself to be out of school for about a year but I was determined to get back to school to graduate with my class,” Maricle said.

Staying in the SWAC

When she enrolled in school, her determination was relentless. There were many long nights and tough times where she did not know how she was going to stay the course of her journey.

But, Maricle enjoyed the chaos – the ambition and the persistence to crush her obstacles and accomplish her goals such as graduating with her class.

“I took 24 credit hours in spring 2018 semester, 21 through JSU and a three-hour online class at Alcorn,” Maricle said.

“I was not really much of a party girl so I was completely fine with focusing on school.”

She finished that semester with a 3.6 GPA.

This level of academic focus was only the beginning of what was in store for her.

In December of 2018, she enrolled in a class to receive her Certified Nursing Aide (CNA) license. Just getting in the class, however, came with some twists, turns and uncertainty.

“There was no way I should’ve gotten in the class,” Maricle said.

“I called before Thanksgiving and was told there were two classes being offered but both had three people in front of me on the waiting list.”

Keeping her faith and persistent attitude, Maricle got in the class and passed her state board exam in January, earning her license.

It’s moments like those for Maricle that reminded her to keep going and to never give up on what she wanted to do. Battling cancer and taking exhausting loads of academic courses – as if those two obstacles were not enough to deal with – being a first-generation college student served as added fuel to her fire and drive to be great.

On May 4, all of the hard work paid off when Maricle walked across the stage inside the Lee. E. Williams Athletic and Assembly Center, earning a Bachelor’s degree in biology and gleaming with joy and emotion.

Twelve days before graduation, Maricle had a revision surgery on her shinbone because her implant broke while taking graduation photos, roughly a week and a half before finals. A moment that she had longed awaited and worked hard to achieve still came with obstacles.

“There were a lot of moments where I stood there and couldn’t believe I was graduating on time,” Maricle said.

“Not everyone knows my story but I worked really hard to get back on my feet and when people ask me how I got through it, I give all of the credit to God.”

After her faith in God comes Maricle’s mother and stepfather, two individuals who were with her every step of the way.

“My dad not only was a person I could go to when I just needed to cry or when I was in a bad situation,” Maricle said.

“After my first follow-up appointment after the initial surgery, he asked if there would be someone I could talk about my emotions and challenges I had internally. I am so thankful he asked because therapy has helped me in so many ways.”

Maricle’s journey serves as evidence that life does not always go as planned and neither will it always make sense. In the midst of her troubles and worries, therapy along with her friends saved her life.

“I gained some friends that would never let me fall,” Maricle said.

“They were always there, even when I pushed them away. They allowed me to heal mentally, emotionally, physically and held me accountable.”

Those friendships – which stemmed from her involvement with Alpha Kappa Alpha Sorority Incorporated and Reformed University Fellowship (RUF) – is what the young girl from the Midwest will miss the most about her college experience.

Time to Give Back

With a newly acquired degree and three years of being cancer free, Maricle will set out to impact the world by helping people who faced similar circumstances as she did. She plans to apply for physician assistant school. She plans to work as a nursing aide at the Children’s Hospital of Colorado, the hospital that saved her life until she’s accepted into school.

“After physician assistant school, I want to work with children and young adults who have cancer because I understand what they are feeling,” Maricle said.

“I want to share my experience with them and I have faith in the fact that all of this happened to me to help someone else.”

For Maricle, what started out as a journey to be a prolific volleyball player turned into a test of faith and even greater testimony of motivation and persistence to overcome the odds against her.

“Sometimes, life is going to suck and everyday will not be a good day,” Maricle said.

“No matter how dark things may seem, there is always light at the end of the tunnel.”