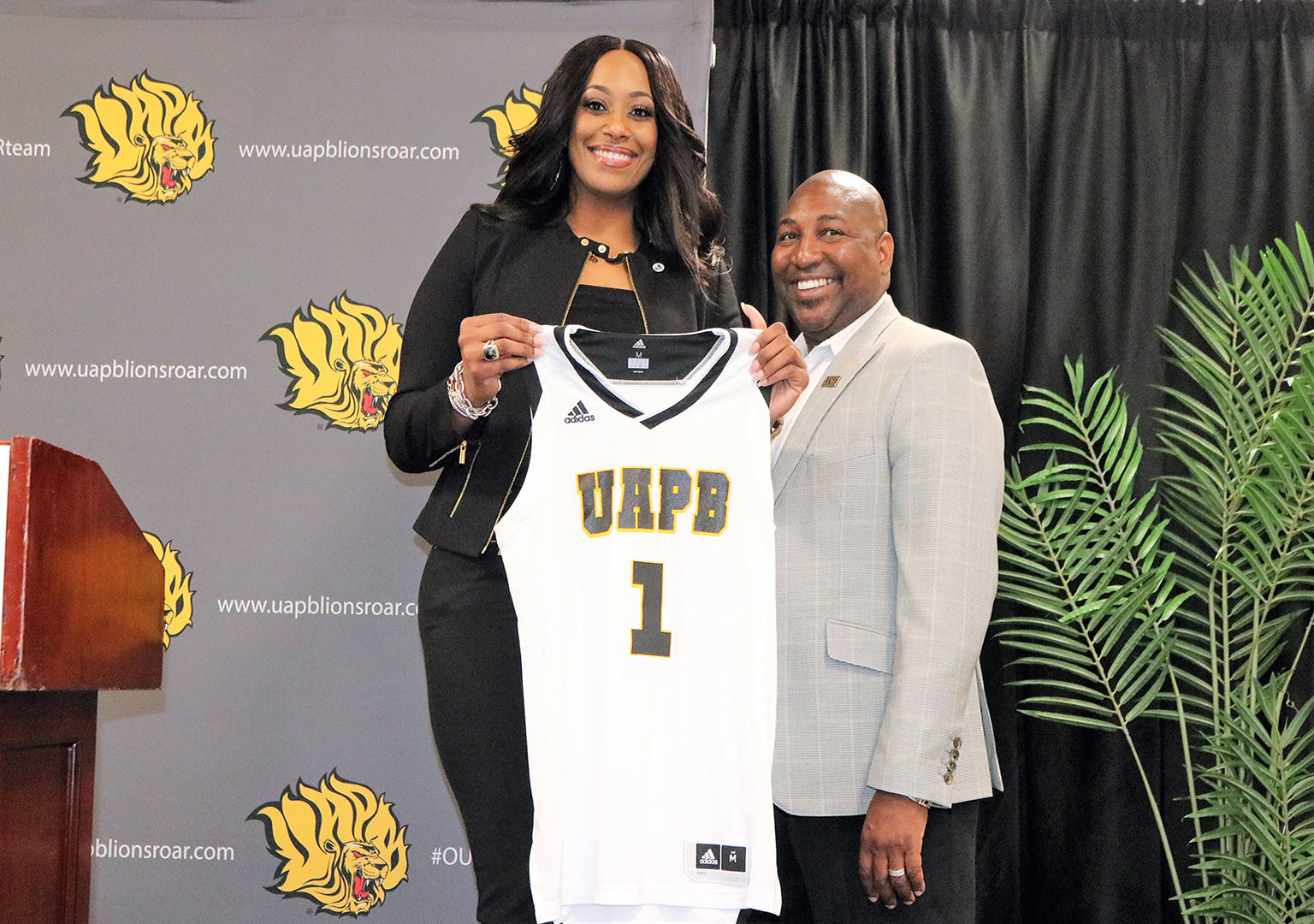 Brown was greeted by an enthusiastic standing-room-only as she laid out her vision for the program.

“I take this opportunity very seriously,” Brown said. “I’m excited in accepting the challenge of transforming this women’s basketball program into a premier program in the Southwestern Athletic Conference, not only contending for championships, but also in the growth and development of our student-athletes. My staff and I will establish a culture in which when one leaves this program, you will be equipped with the confidence and knowledge to stand tall as businesswomen, attorneys, educators, doctors, or even a coach knowing that the education you receive here at the University of Arkansas At Pine Bluff will hold just as much weight as any other institution in the country.”

In introducing Brown, UAPB Athletic Director Melvin Hines talked about the challenge of the selection process.

Brown spent six seasons at Prairie View A&M (2010-16) as a part of the winningest era in program history. As an assistant coach, the Lady Panthers won SWAC Tournament Championships in 2011, 2012 and 2013, advancing to the NCAA Tournament every year.

Upon being named interim head coach prior to the 2013-14 season, Brown continued the winning legacy, leading PVAMU to first-time wins over Houston and Sam Houston State while leading the Lady Panthers to their fourth consecutive SWAC Tournament Championship and NCAA Tournament berth. She was named full-time head coach after the season, and in three seasons as head coach, PVAMU won 41 games, including 30 victories in SWAC play in advancing to the conference tournament in each year.

A Jackson, Miss. native, Brown began her collegiate coaching career as recruiting coordinator at Tougaloo College (2008-09). As a player, Brown was a two-time captain at Atlanta Metropolitan College, leading the team to back-to-back GJCAA Tournament appearances. She completed her playing her career at Jackson St., leading the Lady Tigers to a SWAC Regular Season Co-Championship.

“Our style of play will reflect on three pillars: energy, effort, and execution,” Brown said. “There will be a raised level of togetherness, of toughness, and of aggressiveness, and we will be gap-specific in our schematic in our game preparation. We will give our ladies a sense of power in how they dictate the outcome of the game. We want people to come out and see an energized group of young women who will empower each other and be committed to one another.”