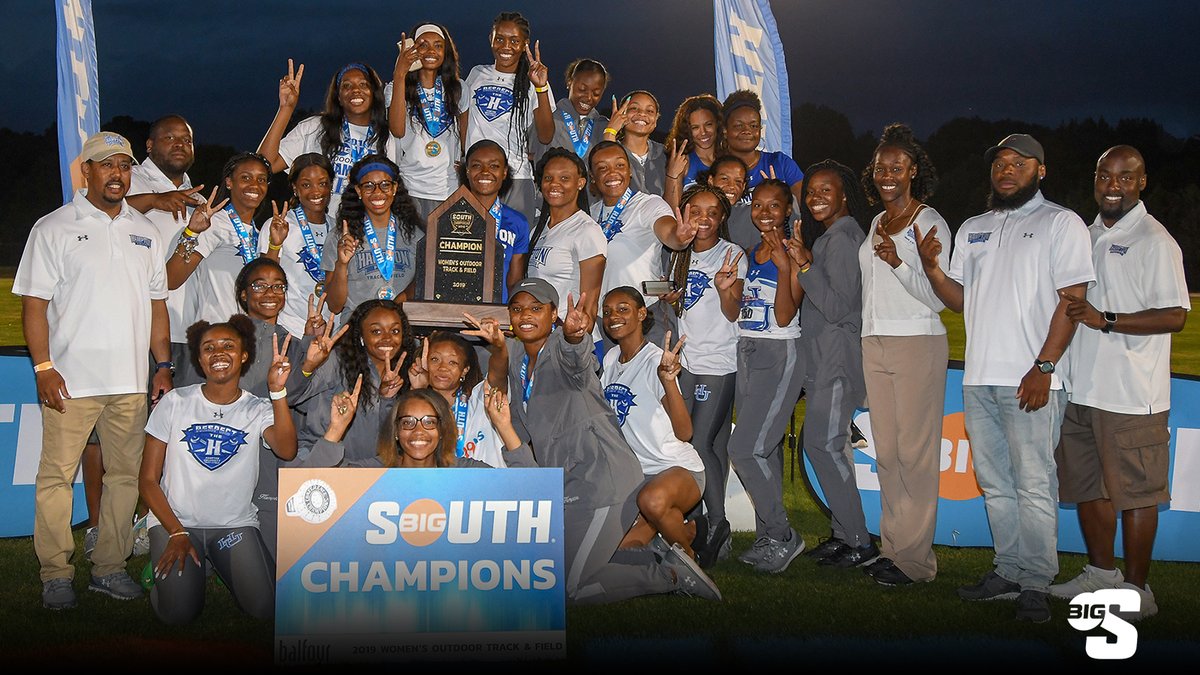 Hampton Track is the class of the Big South.

ROCK HILL, S.C. — The Hampton Track and Field programs entered the outdoor seasons with targets on them after both teams won their first Big South titles in February.  Those targets may have grown now as both teams took their first outdoor crowns on Friday night at Winthrop University.

The Lady Pirates scored 206.5 points to win the crown over High Point (194) and Campbell (105).  They entered the last two races with a commanding 41.5 point lead and cruised to a repeat of its indoor crown.

The men came from 35 points down heading into Friday’s competition to win their first outdoor crown with 188.5 points as Campbell took second (181) and Charleston Southern took third (145).  Heading into the last day of the indoor meet, Hampton was 36 points out of first and rallied for that crown.

This marks the second time in school history that the track teams pulled the “double sweep” as both teams won the 2003 MEAC Indoor Crowns and the 2004 MEAC Outdoor Crowns.

Friday event highlights
Women’s Hammer
Corneisha Mitchell was fifth in the hammer with a toss of 166-3 and Ayana Culhane was seventh with a throw of 159-1 as Hampton scored a total of five points.

Women’s Triple Jump
Kameryn Trussell scored one point with an eighth place finish with a leap of 37-5.75.

Women’s 4×100 relay
The group of Autumn Smith, Asha Copeland, Isis Brooks and Mallory Pitchford ran a 44.81 to win the 4×100 relay for 10 team points.  The time was .01 off the Big South Conference meet record set last year by Liberty.

Men’s Hammer
Joshua Hunter took fifth for four points with a toss of 162-7.

Men’s 400 hurdles
After breaking the meet record in the preliminaries, Jaelen Williams broke it again to win the race in 50.80.  Khalil Gary was eighth in 57.97 to give Hampton 11 points.

Men’s 200
Pulling their second 1-2-3 finish on Friday, the Pirates scored 24 points in the 200 behind a 21.33 from Derrick Price to win the event.  Douglas Sessoms was second (21.56) and Jerrick Powell was third (21.62) as the Pirates gained control of the team standings heading into the final two events.

Men’s 4×400 relay
After not scoring in the 5000 meters, the Pirates locked up the crown winning the 4×400 relay in 3:12.44 behind Jerrick Powell, Coby Price, Tayvon Burris and Jaelen Williams.

Both teams are now off for two weeks until the NCAA East Regionals in Jacksonville, Florida.