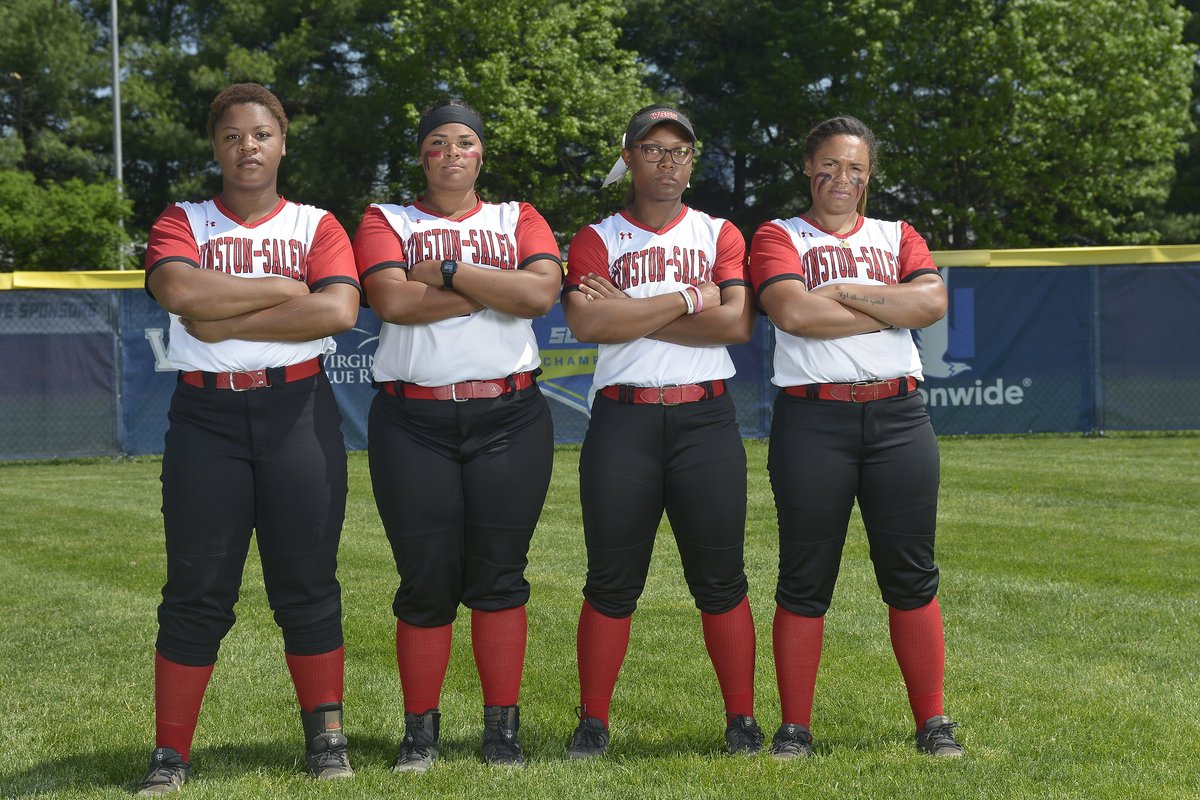 Winston-Salem State won the CIAA softball title with a dramatic finish against Claflin. And then followed it up with an epic celebration.

SALEM, VA – The Winston-Salem State University Rams (32-11) won the 2019 Central Intercollegiate Athletic Association (CIAA) Softball Championship with a dramatic 5-4 win in game two of the final round of the conference championship tournament. After taking a 4-4 tie into the bottom of the seventh inning, the Rams took advantage of an errant Claflin throw to claim their first CIAA title since 2016.

The Rams took the win behind a solid overall effort, but the win was a dramatic one. As a team, the Rams totaled seven hits in the game while allowing 11 to the Panthers. WSSU junior second base Daijah Chambers led the way with a two-for-three batting effort with two runs scored and two RBI. Senior outfielder Destiny Snipes made the most of her last trip to the CIAA tournament when she hit a two-run home run.

The game was a defensive struggle for both teams early, but both teams ramped things up late to make a dramatic game. The Rams jumped out early with a four-run performance in the fourth inning Chambers got things started with a two-RBI single that was followed by Snipes’ two-run homer. It was then Claflin’s turn as the Rams allowed four unanswered runs. The Rams allowed a run in the fifth and sixth innings respectively before allowing two seventh-inning runs to tie the game 4-4. In the bottom of the seventh inning, the Rams got a foul ball flyout that led to Chambers advancing to third base on the tag. However, Claflin’s throw to third base went awry and Chambers was able to score and sealed the win and the championship.

Junior Erica Davis (14-7) took the pitching win. She threw all seven innings for the Rams and allowed four runs (four earned) with three strikeouts on 10 hits.

With the win, the Rams claim the 2019 CIAA Softball Championship and an automatic bid to the 2019 NCAA Division II Atlantic Region Tournament. The Rams will now await seeding for the tournament.

As great as the end of the game was, it might not have been as good as the post game celebration. The team rolled back out to the diamond to do a stroll to the Souljah Boy classic “Donk” which was worth waiting for.