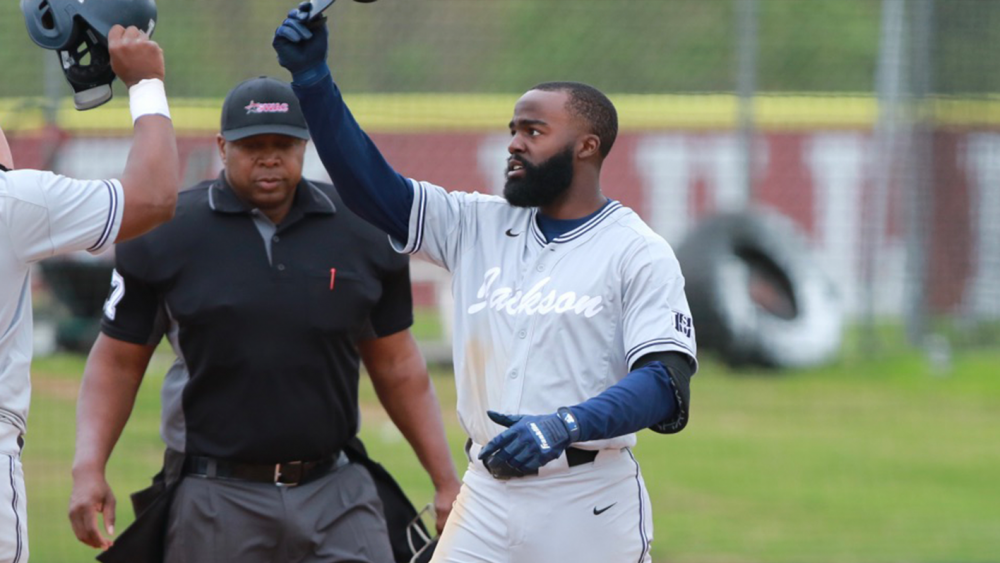 No one is hotter than the Tigers.

MONTGOMERY, Ala. | Jackson State built a seven-run lead through four innings before Alabama State came back in the final three innings and had the tying run on deck in a 9-6 loss at the Wheeler-Watkins Baseball Complex Friday night.

Jackson State (27-18, 13-6) won their 15th consecutive game and pulled to within one game of Alabama State (23-20, 16-5 SWAC) in the loss column with a seven-run fourth inning. Nikelle Galatas (7-3) kept Alabama State off balance most of the night as he went 7.1 innings and scattered 10 hits, while giving up five runs (all earned). He gave way to Kevin Perez in the eight, who got his first save with 1.2 innings of relief.

The Hornets were down 8-1 before a two-run home run by Yamil Pagan, his 12th of the season, pulled them to within 8-3. They would add another pair of runs in the eight on back-to-back RBI singles by Chris Lewis and Angel Jimenez to trim the score to 8-5.

After a Raul Hernandez home run for Jackson State in the ninth pushed the lead back to four, the Hornets pushed a run across on an RBI groundout by Santiago Garcia to cut the deficit to 9-6. However, the final out was made with the tying on deck for Alabama State.

Jeremy Rivera (6-3) suffered the loss, working 6.0 innings and allowing eight runs (seven earned) on 10 hits, while striking out three. Alexander Castro came on in relief to allow one run off of three hits in 3.0 innings of work.