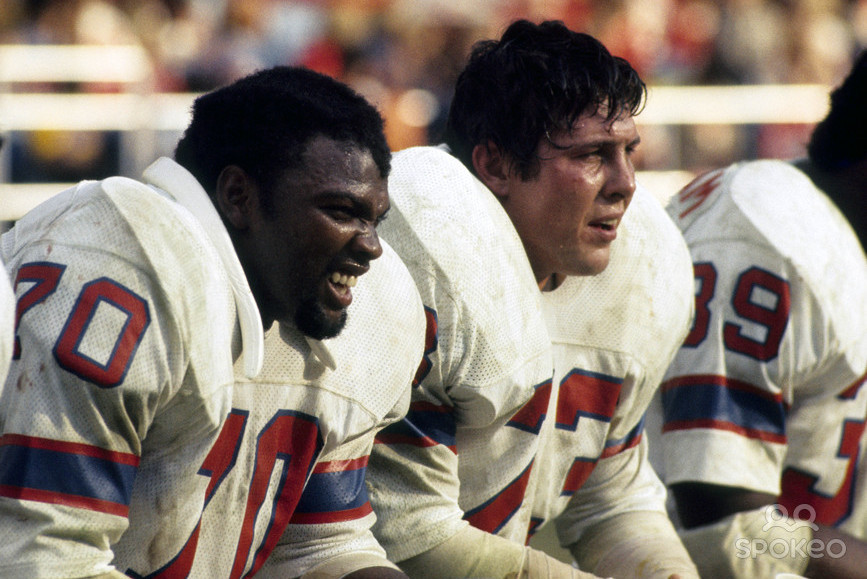 Leon Gray in his prime was the best offensive tackle in the NFL.

Leon “Big Dog” Gray was a star offensive lineman at then HBCU powerhouse Jackson State before being drafted by the Miami Dolphins in 1973. He was cut by the Dolphins before the season and picked up on waivers by the New England Patriots. This week he was posthumously inducted into the Patriots Hall of Fame.

Gray spent six years with the Patriots and played a major role in leading the most prolific rushing attack in NFL history. The 1978 Patriots rushed for an NFL record 3,165 yards that year. Gray is the 28th member of the Patriots Hall of Fame and the third elected by the Senior Selection Committee.


Gray was traded to the Houston Oilers in 1979 and was voted as the Seagram’s Seven Crowns of Sports Offensive Lineman of the Year. He was named first-team All-Pro in both 1979 and 1980. He was a huge part of the equation that helped Oilers’ star running back Earl Campbell rush for NFL-leading totals of 1,679 yards in 1979 and 1,934 yards in 1980.

Gray played a total of 11 seasons in the NFL, finishing up with the New Orleans Saints in 1983.

While at Jackson State, Gray received several honors, including a First-team All-SWAC selection and team MVP. He was also named to the All-American teams of both Playboy and Ebony Magazines, as well as the Pittsburgh Courier. He attended JSU on academic and music scholarships.

Gray was 49 years old when he died in 2001 from what was ruled natural causes. His family was one of several to file a wrongful death lawsuit against the NFL in 2013, related to concussions.