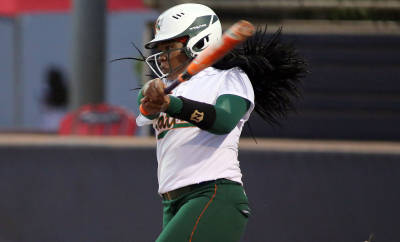 In Sunday’s opener, junior Kyaira Brown (11-8) tossed a two-hitter, one being Monique Headen’s two-run homer in the bottom of the fifth. Brown fanned three and allowed one walk in six innings.

The game was scoreless until the fifth, when FAMU struck first, scoring five runs for a 5-0 lead. They added five more runs in the top of the sixth to invoke the eight-run rule.

Sunday’s second game ended in five innings, as FAMU made quick work of the Aggies, vaulting to an 8-1 lead after three innings, before adding a run in the fourth and four in the fifth for the 13-2 final.

Stoudemire, who finished the day with four of FAMU’s eight hits, had three total hits – a double, a triple, and homer – to go with five RBIs and three runs scored.

Bowers finished with two doubles, while Alexis Day and Alexis also doubled, while Day and Bowers each drove in two runs.