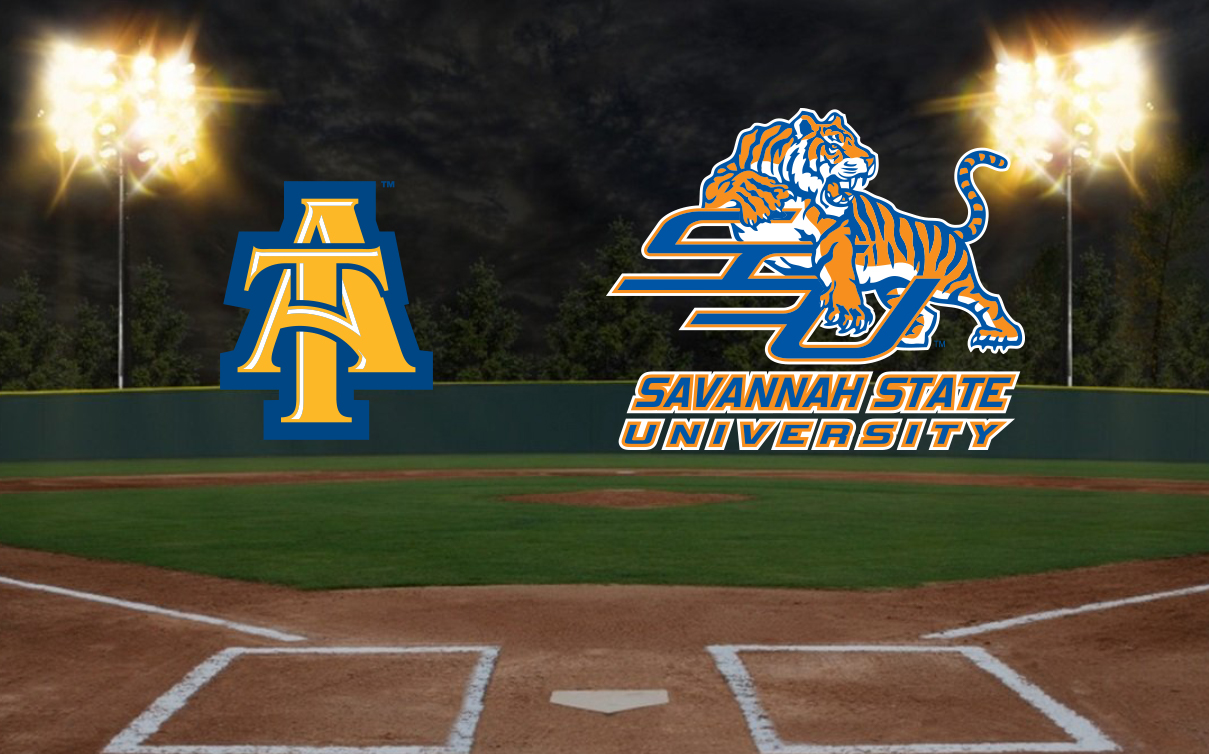 The Tigers show they are a real threat for the MEAC Southern Division.

But Savannah State’s sharply hit balls were finding a place to land at opportune times, while N.C. A&T’s good shots were landing in the glove of various SSU fielders at inopportune times. Plus, the Tigers made some strong defensive plays to keep the Aggies at bay.

Those two factors played a role in the Tigers coming away with a 10-4 win over N.C. A&T to win the series two games to one. N.C. A&T comes away from the three-game set 16-12 overall and 6-3 in the Mid-Eastern Athletic Conference (MEAC).

Junior RHP Michael Johnson who was coming off a stellar performance against the University of South Carolina, ran into some problems with the Tigers (7-14-1, 5-4 MEAC) in the third inning. Aaron Straker hit a two-run homer to right-center field to give SSU a 2-0 lead. After a two-out walk was surrendered to Joseph Roberson, Luis Lamarche doubled him home to put the Aggies down three runs.

SSU took a 4-0 lead after the first 3 ½ innings until the Aggies were able to score in the fourth. With runners on first and second, freshman Tony Mack ripped a 2-1 fastball through the right side for an RBI single that scored King as the Aggies cut SSU’s lead to 4-1.

N.C. A&T produced some offense in the ninth inning against right-hand reliever Tyler Foune. An infield single by Faulk, a walk to Mack and a free base given to sophomore Justin Williams after he was hit by a pitch loaded the bases with no outs for Melendez.

Melendez hit a flyball in foul territory to SSU third baseman Yan Mastin. Mastin made the catch near the bullpen area which made Melendez’s popup deep enough to score Faulk from third for the RBI sac fly. A.J. Hunt made it 10-3 when he singled through the right side to score Mack. Enrico Peele replaced Mastin on the mound with runners on first and second.

SSU starter Tyler Robinson (2-2) got the win while Johnson (4-2) took the loss. Straker led the Tigers by going 2-for-3 with two runs scored and five RBI.