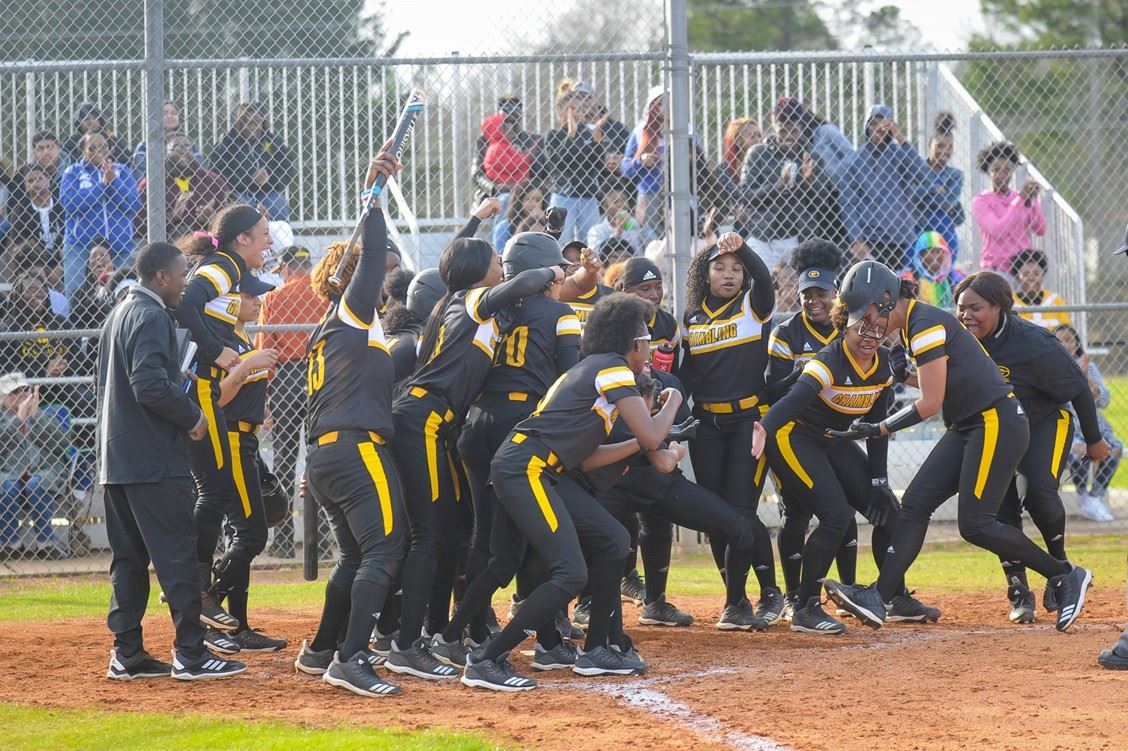 Grambling State (14-14 overall, 2-7 SWAC) won Friday’s contest, 3-1, but dropped the opening game of the doubleheader to Southern. However, the Lady Tigers picked up the Game 2 victory for the series win. The last time Grambling State won a SWAC series was in 2015 when the Lady Tigers swept Arkansas-Pine Bluff (April 19-20).

How It Happened – Game 1
Southern raced out to a 6-0 lead in the first inning, but Grambling State cut the deficit in half with three runs in the second.

With two down in the frame, Kenyshae Beasley singled through the left side and stole second. McKenzie Johnson walked and Morgan Adams singled as Beasley and Johnson scored. Rikkelle Miller followed with a base hit to center to score Adams.

However, the Jaguars scored one run in the second, two in the third and added two more in the fifth in defeating the Lady Tigers, 11-4.

How It Happened – Game 2
Grambling State and Southern plated one run each in the third inning, but the Lady Tigers grabbed the lead for good with a pair of runs in the fifth.

With two down in the frame, Rikkelle Miller singled through the right side and was lifted for pinch runner Asli Strozier. After Strozier stole second, Tia Coleman homered to left to give Grambling State a 3-1 lead.

The Jaguars cut the deficit to 3-2 with a run in the bottom of the inning, but that would be as close as Southern would get.
The Lady Tigers plated two runs on three hits in the sixth to extend the lead to 5-2.

Tyler Robinson led off the frame with a homer to left and with two down, Johnson singled up the middle. Morgan with a base hit as Johnson scored.