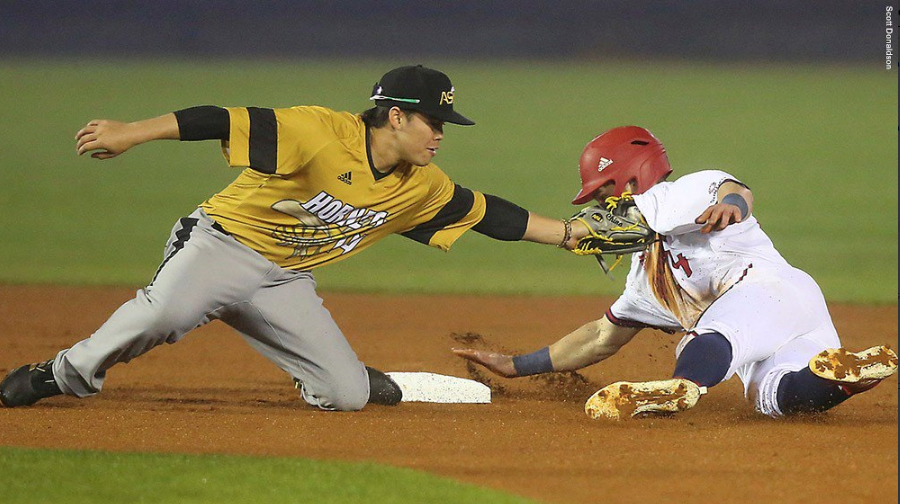 Alabama State gets a win over OVC opponent

JACKSONVILLE, Ala. | Alabama State scored six runs combined in the sixth and seventh innings to pull away from Jacksonville State for a 9-5 non-conference midweek win at Jim Case Stadium Wednesday night.

Alabama State (14-13) led from start to finish to pick up their first midweek win of the season, heading into a week off for the Hornets.

Alabama State started the scoring in the top half of the second inning after a lead-off single by Noel Cheneau. After the senior stole second, he scored on a two-out single by Hunter May to right field for the 1-0 lead. The Hornets added to their lead in the top half of the third inning when Yamil Pagan hit a solo shot out to left for a 2-0 lead. The home run by Pagan was his team-leading fifth of the season.

Jacksonville State threatened in the bottom of the third inning after a one-out single by Nash Adams, and a pair of walks to load the bases with just one out. However, Jeremy Rivera worked out of the jam as he got Alex Webb to foul out to May at third and Nic Gaddis lined out to right for the final out to preserve the 2-0 Alabama State lead.

The Gamecocks got on the board in the fifth after a leadoff triple by Chase Robinson, and he would later come around to score on an RBI single by Nash Adams to trim the Alabama State lead to 2-1. The Hornets answered with a pair of runs of their own in the top of the sixth inning when Cameron Hearn connected on his first triple of the season with two outs in the inning. He would come around to score on a Cheneau single, and the senior would steal second and score on a Santiago Garcia single to right for a 4-1 lead.

Jacksonville State added a run in the bottom of the sixth inning to trim the deficit to 4-2, before the Hornets loaded the bases in the top of the seventh inning and pushed the lead to 5-2 on a sacrifice fly by Pagan to score May. They extended the lead to 6-2 when Angel Jimenez scored on a wild pitch with the bases loaded in the same inning with two outs in the inning. The lead was extended to 8-2 when Cheneau blooped a two-strike, two-out double down the right field line to score Cristopher DeGuzman and Hearn in the seventh.

Jacksonville State added two runs in the seventh to trim the lead to 8-4, but that was as close as they could get against Alabama State reliever Alexander Castro. The Hornets added to their lead in the ninth after a lead-off double from Pagan, when he scored on a bunt single by Eriq White to push the lead to 9-4. The Gamecocks added a run on a Gaddis solo home run in the bottom of the ninth for the final margin.

Alabama State will be off until a week from Friday when they travel to Mississippi Valley State for a three-game series in Itta Bena (Miss.)