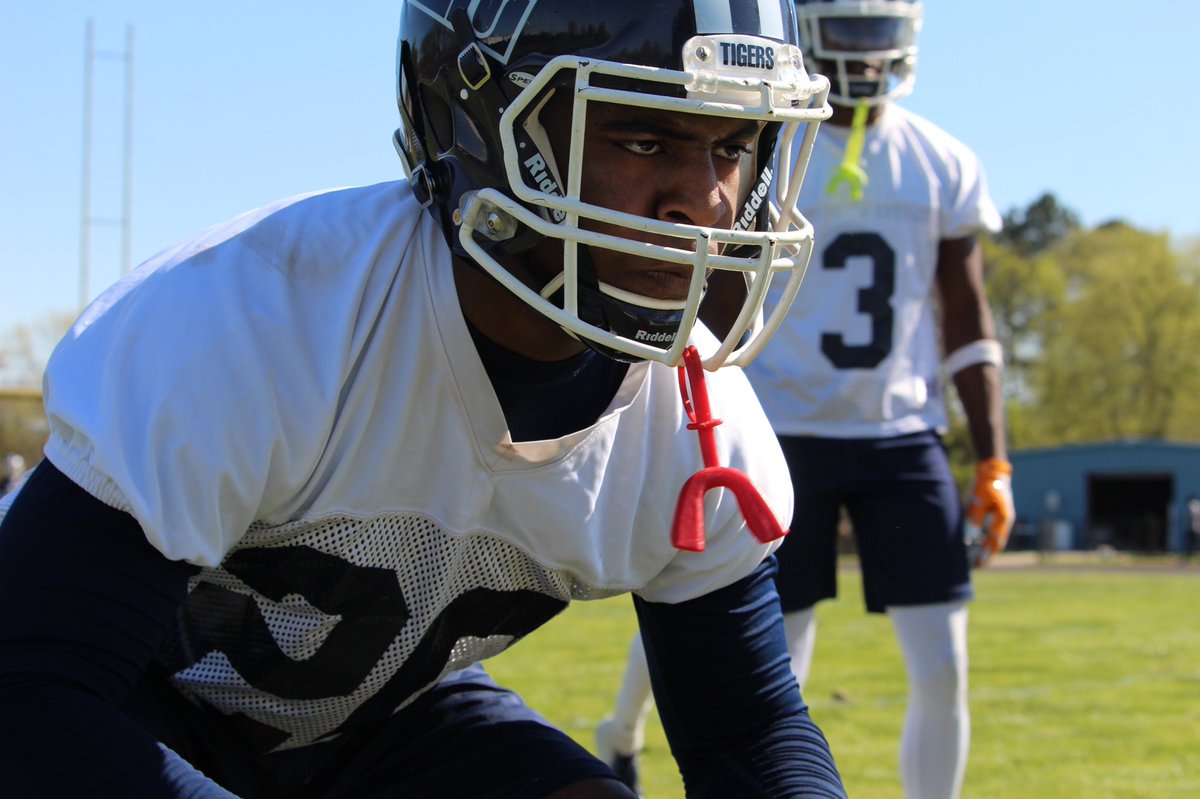 Here are a few early impressions, positions battles and takeaways from the Tigers first spring practice.

Jackson, MS–When players on the Jackson State football team took the practice field Tuesday afternoon for their first practice of the spring, their level of excitement and discipline was evident and worth noting. Whether completing team exercises, positions drills, or seven-on-seven competition. It was a team that looked motivated and ready to work on what it built from last season.

A year ago, Jackson State was opening spring football with then former coach Tony Hughes, who was fired after the Tigers disastrous performance against Southern University midway through the season. One year later, Tigers head coach John Hendrick finds himself at the helm, looking to build on the foundation that his team laid while serving as the interim coach.

“I’m used to being a defensive coordinator. Now, I’m the head coach so a lot of different duties I have to handle that I was not used to handling.” Hendrick, however, has made it more than clear that he is ready for the challenge of building and restoring the Tigers’ program to where it needs to be.

First day of spring practice in the books, good start to the second phase. Need to build on this with each succeeding practice! #effort #enthusiasm #eagleyefocus

“Get better than where you were yesterday. Compete harder than what you did yesterday.”

Competition will be fierce at the quarterback position for Jackson State as the Tigers have three players vying for the starting positions in early signee Matt Little and returners Jack Strouse and Derrick Ponder.

All of them have the ability to throw the ball. But according to Hendrick, playing the quarterback position is about leadership and execution.

“The team has to feel good about the guy they have on the bus with them,” Hendrick said.

“If they love the guy on the bus, the defense plays better and the offense makes plays for him. That’s the key. We just got to work through the competition and see who comes out on top.”

While all three – Little, Strouse and Ponder – made an early impression on the first day, competition brings out the ability to improve on the small things and making the best decisions as the team’s signal caller.

Hendrick said that it is important that each quarterback go through his progressions and trust the coaching.

“Sometimes, guys make up in their mind before they do things,” Hendrick said.

“You can’t make up your mind coming out of the huddle. There was a little bit of that today – guys making up their mind before they step on the field on who they are going to throw to. And, that’s why you get interceptions.”

“They set the bar today and they have to continue to drive this offense,” Dickerson said.

“We’ve given them the key and the guy that out as the
starter, he’s going to have the key to this team.”

A stable of running backs

Remaining on the offensive side of the ball, Jackson State has a stable of running backs who will look to earn playing time and help the Tigers to get first downs when the season rolls around. Their success, however, starts with the strength and progress of the offensive line.

“We’ve got some guys that we can hand the ball off to but we got to make sure we have continuity on our offensive line,” Hendrick said.

“We got to make sure we get that piece right if we are going to be as effective as we need to be.”

At the wide receiver position, the Tigers have some starters returning from a year ago but a notable acquisition in DD Bowie, a transfer from Ole Miss.

“I’m anxious to see what that group does along with everybody – the whole package on offense,” Hendrick said.

Before or after the first day of practice, Hendrick did not talk much about the defensive side of the ball. However, as the former defensive coordinator for the Tigers, he does not expect much to change from the level of play from his defense last year to this year.

“I don’t expect there to be any drop off.”

The Tigers will resume spring practice again on Thursday, Friday and Saturday for this week.

Jackson State will host its annual Blue and White game on Saturday, April 13 at 6 p.m. at Mississippi Veterans Memorial Stadium.

Blue & White Weekend is April 10-13 and there are several events to partake in!