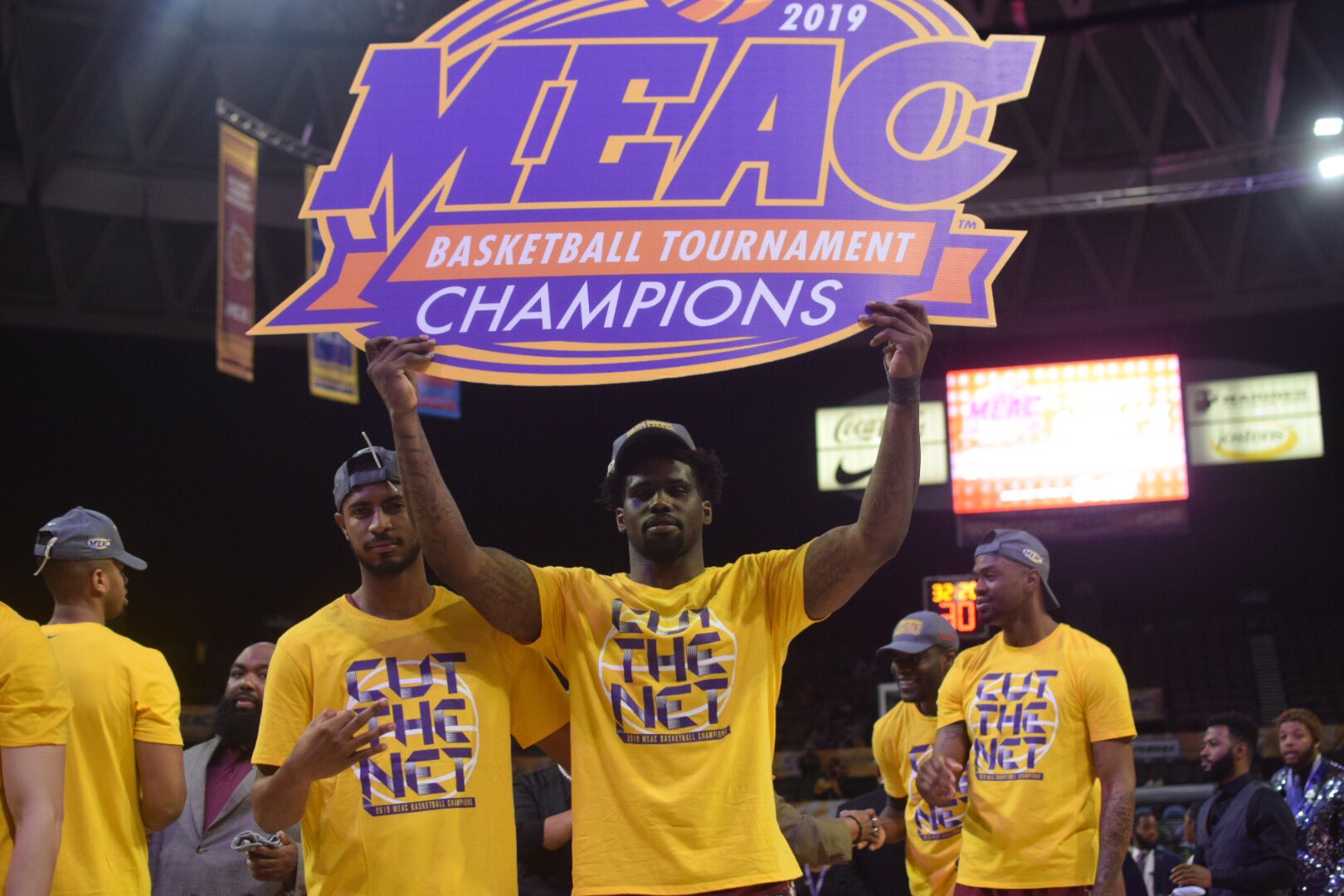 North Carolina Central had a long journey, but marched ahead to win its third straight MEAC Championship title on Saturday.

Although being the standard of the MEAC hardwood recently, NC Central has had a few hills to climb this season. They saw rival North Carolina A&T rise to second place in the MEAC, losing to them twice in the regular season. Norfolk State and Howard had their stretches of dominance as well.

Despite that, the Eagles experience in March was the deciding factor. After blowing out Delaware State and beating NC A&T when it mattered the most; the Eagles found themselves in the MEAC title game for the third straight season. On paper, it was Norfolk State’s year but North Carolina Central came out on top by three points to head to their third straight NCAA Tournament. The 50-47 win marks NCCU’s fourth MEAC title in six seasons.

In the first half, NC Central was more physical and seemed to have no fatigue from their previous game. They grabbed 18 rebounds and dominated the paint. But their turnovers and struggles from the three-point line resulted in a 10 point deficit at halftime. As the Eagles missed all of their nine three-pointer attempts, the Spartans made four which seemed to boost them into the second half.

The Spartans hot shooting did not last long as the Eagles came to form early on. They made 80% of their shots about five minutes into the second half. During that stretch, the Spartans went cold, shooting one for six. The Spartans got back into it as both teams started to dig deep in the middle of the second half.

They kept up but the Eagles kept scoring. With a little over seven minutes left in the game, the Eagles held a seven-point lead after NSU had a bad stretch of offensive plays. Raasean Davis rocked the house with a putback slam, which woke up everyone. Central held on to their lead as the Spartans continued to shoot under 25% from the floor in the second half. With less than four minutes left, the Eagles had a lead that was dwindling as the Spartans found some energy. The Eagles went scoreless as the Spartans scored five points and had the ball with 8.8 seconds on the clock. Down by three, Mastadi Pitt took a last-second shot and missed.

The time was gone and the Eagles are once again on top. Despite not scoring for the last four minutes of the game, the moment was still theirs. It was a slugfest and the Eagles were ready as Raasean Davis was named the player of the tournament. He scored eight points and grabbed 14 rebounds in the win.

This win marks the first time since 80’s that a MEAC team has won the tournament three straight times.