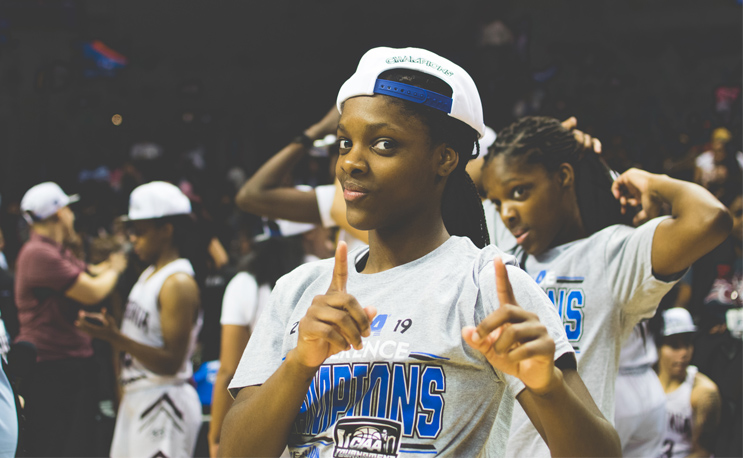 The 2019 Women’s NCAA D2 Playoff bracket is set. Three HBCUs qualified to fight their way to the championship game on March 29.

Regular season wins are nice and conference championships are even better, but the NCAA D2 Tournament is what it’s all about.

The D2 tourney bracket was released on Sunday night. Three HBCU women’s teams make up the 64 qualifying schools fighting for a chance to go to the big dance in Columbus, Ohio on March 29.

Representing the CIAA, both Virginia Union and Bowie State qualified for the playoffs for the second straight year.

VUU won the conference championship and finished first in the Atlantic region with a 26-2 overall D2 record, but are not the number one seed. The Lady Panthers received the second seed instead and will face seventh seed Edinboro (20-8) in the opening round. Union hosted and defeated Edinboro in early November, 79-58. This is Union’s fourth-consecutive tournament appearance, it’s longest streak in program history.

Bowie State finished 22-5 overall and is the sixth seed in the region. This is the second consecutive tournament appearance for BSU. The Lady Bulldogs will have a rematch in the opening round against third seed Indiana University (PA). BSU fell to IUP in the third round of the regional playoffs last March, 75-60.

Lane College won the SIAC Championship and automatically qualified for the tournament. The Lady Dragons will be the lone conference representatives.

Lane is undoubtedly the Cinderella story of the tournament. LC finished it’s season 13-17 and received the eighth seed in the Southern region. This is the first D2 playoff appearance for the Lady Dragons. They will face top seed Florida Southern in the opening round. This will be the first meeting of the two teams in program history.

The opening round of the Southern region kicks off on Friday, March 15 at host Florida southern.