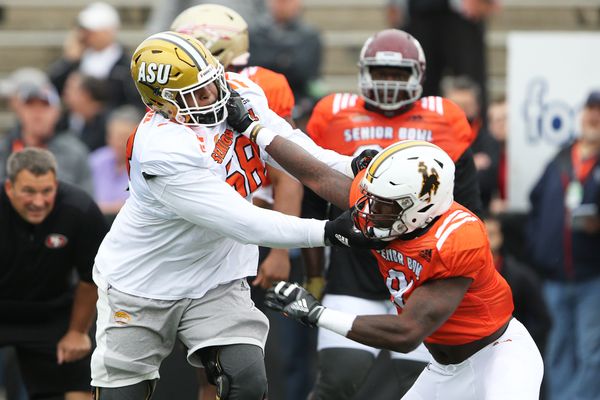 Tytus Howard and others will get to showcase their talents at home.

MONTGOMERY, Ala. | The National Football League (NFL) draft is just a month away in Nashville, and the Pro Day circuit around college football is in full swing beginning this week.

Alabama State will host their annual Pro Day event at the ASU Football Complex beginning at 3 pm Friday, March 8. The Hornets will send several student-athletes to the field and weight room to show off their skills for NFL scouts including Kurron Ramsey, Dennis Roberts IV, Ishmael Aurismond and Howard.

Howard, who has competed in the Senior Bowl and the NFL Combine, has seen his draft stock rise; being mentioned as a late first day and early second-day selection.