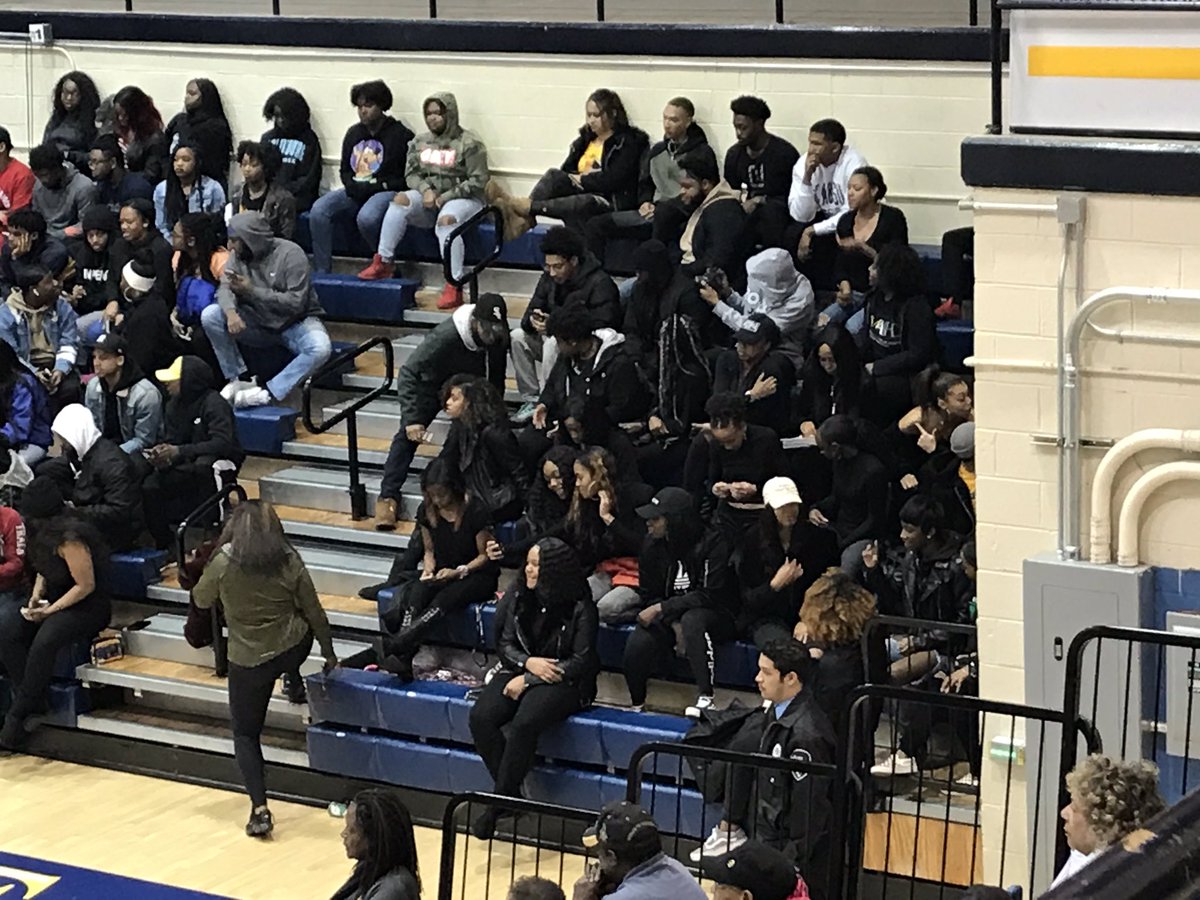 By refusing to remain silent with her rape allegation, North Carolina A&T’s Raina Gee has inspired conversation about assault and cheer culture.

North Carolina A&T’s school colors are blue and gold. But on Monday night, there was a group of students at a basketball game wearing all black in Corbett Sports Center.

They weren’t making a fashion statement, though. They were there to show solidarity with a cheerleader who says that her coaches didn’t take her seriously when she told them she had been raped.

They are a part of a group called “NCAT Against Injustice,” formed shortly after one cheerleader took her story to the world when she felt it was being ignored. In just over a week, her courage has sparked new awareness and dialogue on the Greensboro campus and beyond.

Boldness with a purpose

Raina Gee came to North Carolina A&T to get an education, have fun and be a cheerleader.

Instead, the 18-year-old from Virginia has become an inspiration to many young women. But it’s a burden her mother wishes she didn’t have to bear.

“I’m very proud of my daughter,” Delores Gee said. “She has a purpose.”

The cheerleader with A&T’s Blue Squad posted a letter on Feb. 1 stating that she had been raped by a former drum major and graduating senior in Nov. 2018. Her letter, first reported by HBCU Gameday, urged that the cheer staff be fired after failing to report the alleged assault in a timely manner.

Her letter, posted with the hashtag, #ThisEndsWithMe, sparked several young women from A&T as well as UNC-Greensboro to take to and share their stories as well.

Following her letter, North Carolina A&T officials said an investigation was underway. The Blue Squad was suspended for two games this past weekend, Saturday against Delaware State and Monday against Maryland-Eastern Shore.

Gee said that the young man her daughter says raped her has also been accused of assaulting several other women and was removed from campus on Friday. A&T officials have not confirmed that at this time.

She said her daughter’s boldness inspired them to come forward.

“She told the girls, ‘you have the same courage as I do.’ Her strength is just amazing to me.”

A parent of a former A&T cheerleader told HBCU Gameday the accusations of neglect do not surprise her. She says it is a part of the culture, not only at but at many HBCUs.

She said her daughter left the team after being hospitalized due to hazing while training. She said that on more than one occasion under-aged students were supplied with alcohol by veteran members of the team who pushed them to twerk on male students.

“Whether you (coaches) knew exactly what was going on in this climate, it’s still your job, your accountability.”

Cheerleading falls under the athletics department, but with little oversight from the top, according to several parents. They say cheerleading doesn’t bring in revenue like basketball or football, and limits on practice time are often left at the discretion of the coaches.

This parent fears that even if the current cheer staff is replaced, the new coach will not usher in a new culture. She questions that if a new coach is chosen from the same pool as the current coaches, what is the likelihood that things will change?

“Even if they , does the culture go?” she asked via phone. “The same culture is going to repeat itself again. They don’t see anything wrong with it.”

Changing the current coaches might not solve all the problems, but for Raina Gee, keeping them around is not an option.

“Down the line that is my ultimate goal and tonight is not about me, it’s partly about me but it’s really about the other victims that have been suffering so honestly, that, time will tell but I do stand firm on the coaching staff at A&T. The cheer program coaches need to be fired,” Gee told WXII.