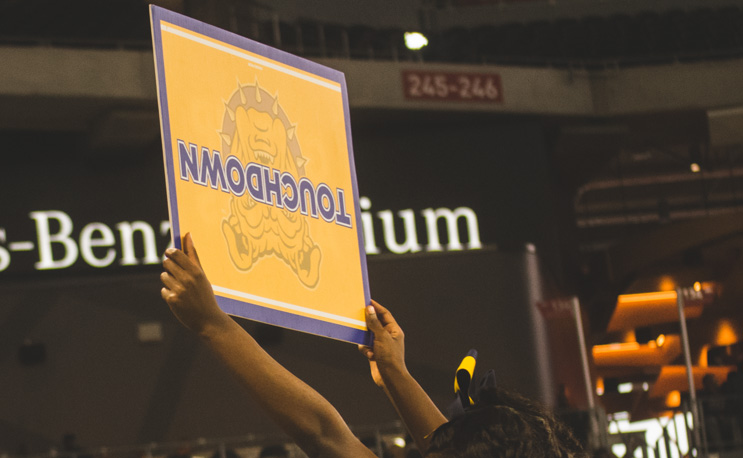 The freshman claims she was assaulted by drum major, ignored by coaches and bullied by cheer teammates.

A North Carolina A&T cheerleader says her claims of being raped by a former drum major at the school were not taken seriously and she has been met with backlash and bullying.

Raina Gee, a freshman marketing student and member of A&T’s “Blue Squad” cheerleading team published a letter via Twitter stating that she had been raped by a graduating senior and former drum major from A&T’s Blue and Gold Marching Machine.

Gee is calling for the removal of the A&T cheer staff due to what she claims was a failure to follow proper Title IX protocol in reporting the alleged . She stated that the cheer staff failed to address and report the incident for two months.

She also claims she has been mistreated by her teammates as well.

“Because of my sexual assault, I have been bullied by members from the Blue Squad Cheerleading team and made to feel as though I am at fault for my assault,” Gee wrote. “I refuse to allow this culture to perpetuate on this campus or within any athletic program.”

HBCU Gameday has reached out to North Carolina A&T State University’s Office of Relations and the athletic department for comment. Athletic department officials stated they can’t comment on an on-going investigation.

“All of the proper authorities at North Carolina A&T are looking into the alleged incident,” officials said via email.