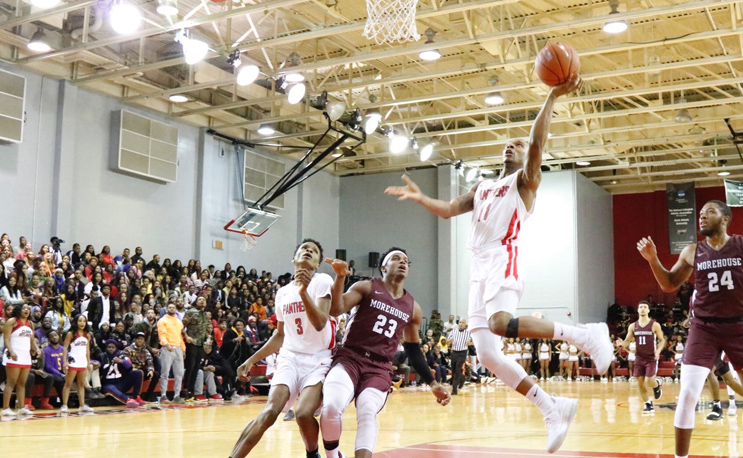 Clark Atlanta takes advantage of Morehouse’s poor ballhandling to pull off an upset in the AUC.

The first round of bragging rights in the AUC have been awarded and they belong to Clark Atlanta.

CAU used a big performance by Shelvick Henry and a suffocating victory to beat cross-yard rival Morehouse 68-60 in the first matchup of the season between the two teams.

Henry scored a game-high 27 points on the night as his team defeated the nationally-ranked Maroon Tigers. He finished 10-for-13 from the line and 7-for-10 inside the 3-point line.

Morehouse shot just 33 percent from the field and turned the ball over 16 times while suffering its third loss overall, all of them coming to SIAC opponents. Michael Olmert led the team in scoring with 15 points while Omar Alston added 11 points and 15 rebounds in the loss.

CAU honestly didn’t shoot much better, hitting 34 percent from the field, but it only turned the ball over half as much as Morehouse did. That difference showed up in the stat sheet as CAU scored 24 points off turnovers to just six for Morehouse.

The win was the biggest to date for new CAU coach George Lynch. The long-time pro has played basketball in some of the greatest arenas in college basketball but even he was impressed with the intensity shown by the 1,800 fans packed into VHW Gym.

“It was a great enviornment. I wish we could have that every night,” Lynch said. “The fans were there. The student body section was in it from the beginning of the game. I think anytime you’ve got an atmosphere like that, I think it gives us a sixth man on the court.”