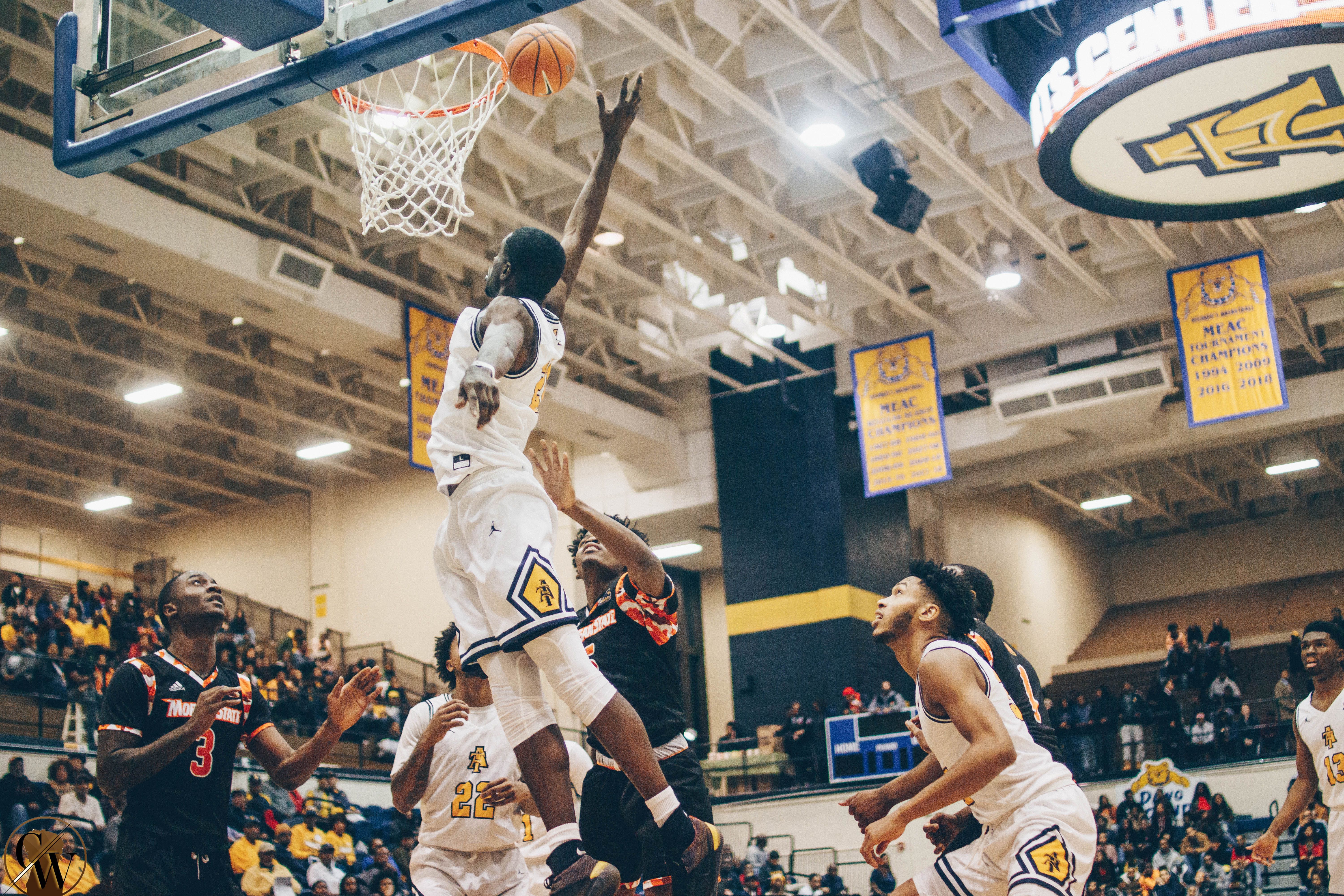 Two of the three MEAC hoops leaders came away with wins, but Coppin State pulled off the upset of the day.

Saturday morning there were three MEAC men’s basketball squads with perfect conference records. Norfolk State, North Carolina A&T and North Carolina Central all faced tough neighborhood brawls on Saturday, and as it would turn out, the team least likely to lose did just that.

Coppin State came into Durham as a heavy underdog and left with a 64-60 win over two-time defending champion North Carolina Central. Lamar Morgan’s three-pointer with 32 seconds pulled off the biggest upset in the conference so far, as the team that started 0-15 came away with a win in one of the toughest places in the conference to play.

Down the road in Greensboro, A&T got all it could handle from a scrappy Morgan State squad. Ronald Jackson came off the bench for 21 big points and Kameron Langley’s floater with 11.2 seconds remaining helped seal the deal for A&T as it won 57-53 to improve to 4-0 in the MEAC.

Norfolk State preserved its perfect MEAC record with an 82-76 win on the road over Savannah State. NSU trailed by as many as 10 in the second half but steadied the ship behind 21 points by Nic Thomas. NSU’s win moves it into a tie with A&T for the top spot in the league.

659
The Latest in HBCU Sports and Culture