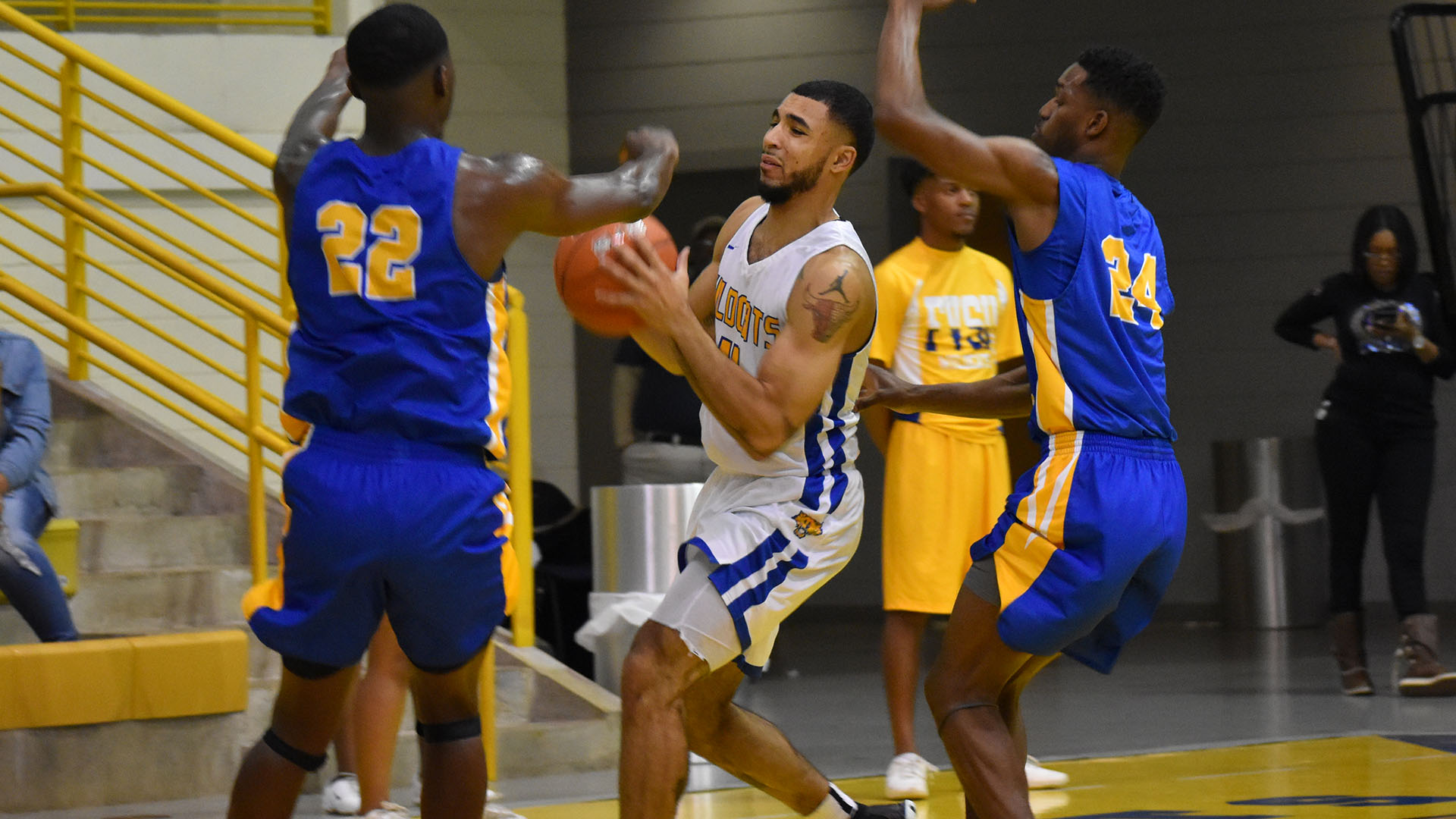 FORT VALLEY, Ga. | Albany State faced off against in-state rival Fort Valley on Saturday night in the “Battle of the Blue and Gold” game.

For the second game in a row, ASU struggled from deep, converting just 1-of-11 shots from beyond the arc.

Fort Valley State was able to make 6-of-15 attempts and ultimately take the game, 61-57.

The Golden Rams held a one point edge at the under 12:00 media timeout. However, FVSU used a 9-0 run over the next seven minutes of game play to put some separation between the two schools.

Mario Young posted a double-double for Albany State (6-11, 5-2) in the loss scoring 11 points and pulling in 10 rebounds. Jared Harrington led the team with 16 points.

It was a tale of two halves as ASU shot 43 percent from the field including making 10-of-17 three point attempts in the first half en route to a 44-28 halftime lead.

The Albany State offense cooled in the second half, shooting just 31 percent while the host school heated up from deep, making 6-of-11 attempts from beyond the arc.

The Golden Rams held a lead up until four minutes remaining in the contest, but FVSU closed the game on a 18-6 run to take the contest 80-69.

Alexandria James rode a hot night from beyond the arc to lead Albany State (5-11, 4-3) with 16 points. Ciera Norman came off the bench to score 15 points.

ASU will travel to South Carolina for a matchup with former conference foe Claflin on Monday, January 14th. Game time is set for 5:30 pm.