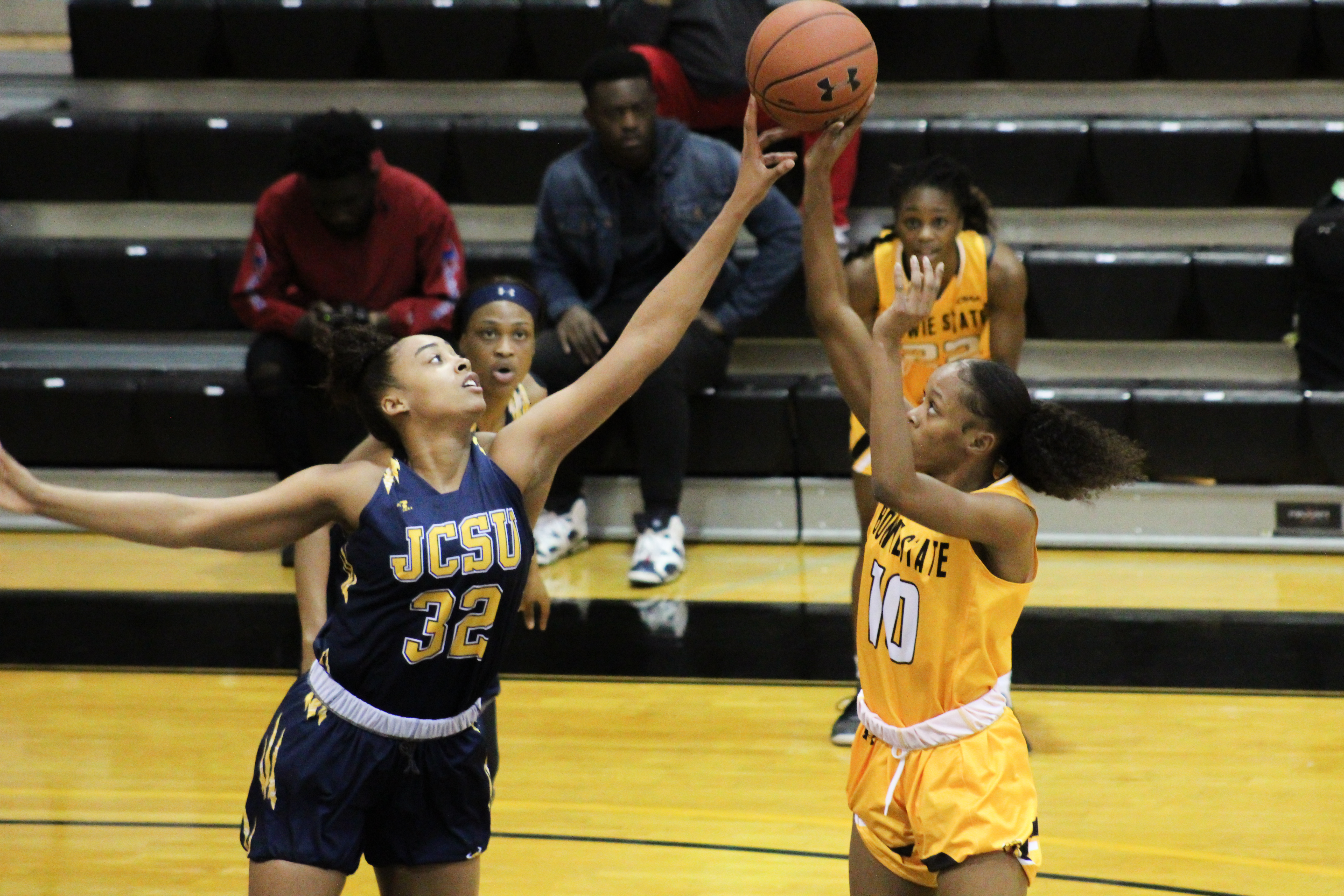 BOWIE, MD–It was a competitive one in Bowie as Johnson C. Smith clashed with Bowie State. The Lady Bulls and Lady Bulldogs were both coming off wins in c play. Things were close but the Lady Bulldogs continued their winning streak with a 60 to 57 win.

Starting off, it was even for both teams. Fourteen points were scored by both teams in the first quarter. It continued into the next quarter as well. Both teams shot over 45% from the floor.  No points came from fast breaks and it was very physical early on. The only difference is that Bowie’s bench play was keeping them in the game.

In the second half, the Lady Bulls’ lead lasted most of the third quarter. The score remained close entering the fourth. It turned into a showdown in the fourth quarter as both teams took their best shot. The Lady Bulls had 19 possessions as the Lady Bulldogs had 20 possessions. BSU’s 17 fourth-quarter points proved to be the difference at the end, sealing their tenth straight win.

Pere Alexander led the Bulldogs with 14 points. She played 31 minutes and was very much active on every possession. Her 83% free throw shooting helped in the end. Also chipping in was Dynaisha Chrisitan with 10 points and KyajaWilliams with 11 points. Williams had a double-double as well, her 10 rebounds and 11 points with a sore knee was something special to watch.  DeJane’James scored 17 points for Johnson C Smith.

The Lady Bulldog’s last loss was on November 11th against East University. Ever since then, they have handled most of their opponents and are now 3-0 in CIAA play.