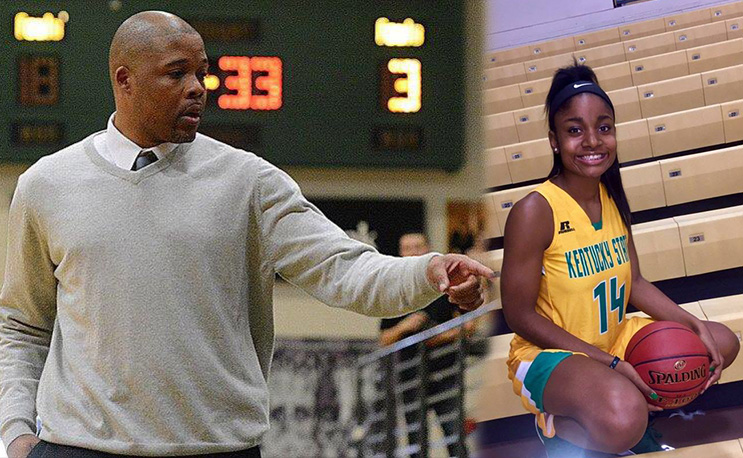 Kentucky State basketball coach Terrance Slater is facing serious allegations after a two-sport star was hurt in a layup drill.

A Kentucky State basketball player’s season has been sidelined by injuries and now her coach is under investigation.

KYSU coach Terrance Slater has been placed on administrative leave after Wynter Webb’s parents claim that her injuries, suffered late last month, were at the hands of the coaching staff.

Webb’s parents say Slater used excessive force with a dummy pad, knocking her to the floor.

Webb, who also plays softball at the SIAC school, has neck and back injuries similar to whiplash according to reports. She also suffered a bruised arm during a practice layup drill.

“We are trusting in the school that they are going to do the right thing for her and the program,” Webb said.

Athletic Director Etienne Thomas said Slater had been placed on administrative leave, pending the outcome of an investigation in a statement on the school’s website.