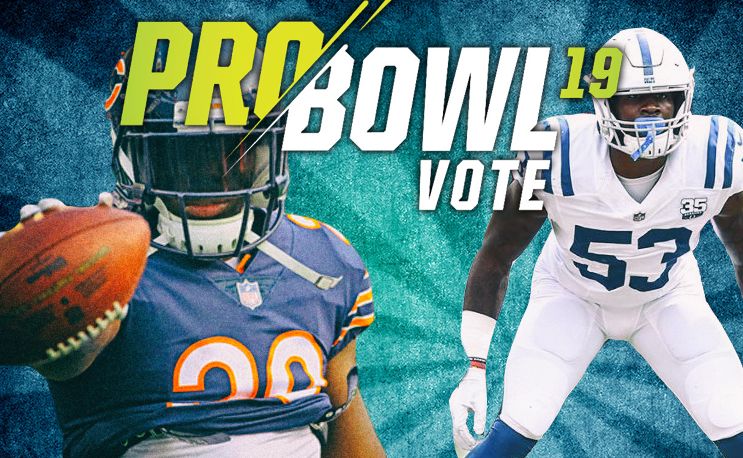 The Maniac and the Joystick look to end season in Pro Bowl.

Pro Bowl voting in the NFL officially began on Nov. 13 and two of HBCU football’s most recent stars are garnering a lot of Pro Bowl buzz.

Tarik Cohen and Darius Leonard have shown that this generation of HBCU products are more than ready for the big stage. Both Cohen and Leonard are having outstanding seasons on the field and both are getting a heavy push from their current teams, former teammates and fans alike.

It seems like Cohen scores a touchdown every week but never in the same way. Cohen has transformed into a Swiss Army Knife on the field. Through rushing, receiving and special teams, Tarik has found the end zone in all three facets of play this year and it’s led to him being on the Pro Bowl ballot as a return specialist.

Cohen has amassed 244 yards and two touchdowns on the ground, 435 yards, and three scores receiving, and 265 yards on 21 punt returns. He’s averaging 12.6 yards per return which is the third highest average in the league among players with 15 or more punt returns.

Not only are the Bears campaigning for Cohen, but his former teammates are waving the Cohen banner as current North Carolina A&T running back Marquell Cartwright sent out a Facebook post urging fans to vote for Tarik.

Darius Leonard is causing shockwaves around the NFL in his first season as a pro. Leonard is not only a leading candidate for Defensive Rookie of the Year but he’s in contention for the NFL Defensive Player of the Year award too.

RT if you’d vote for Darius Leonard to the Pro Bowl this year. #ColtsNation #TheManiac pic.twitter.com/sl84whZE0f

As of week 11, Leonard leads the NFL in tackles with 96. He’s had three games with 12 or more tackles, four sacks, three forced fumbles and has quickly gone from an unknown second-round pick to the leader of the Indianapolis Colts defense.

Both Cohen and Leonard will need to keep up the strong play to make it to Orlando by season’s end but you can vote for them and all of your other favorites here.