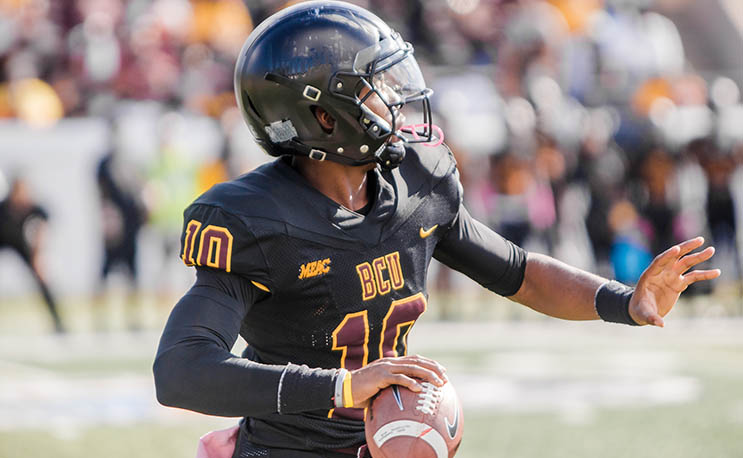 Bethune-Cookman is now on a two-game winning streak after defeating North Carolina Central 28-25 in double overtime. Bethune-Cookman is coming off another close win just last week against Morgan State University.

Defense ➡️ Offense ➡️ 6️⃣
Miles Turmon and Patrick Connor force a fumble and on the next play Isaiah Totten takes it 37 yards to the house in the second quarter to give #NCCUFootball a 16-2 lead!#EaglePride pic.twitter.com/pWdM3uyEXK

The Wildcats were trailing 16-2 before sophomore quarterback David Israel threw a 19-yard touchdown to senior wide receiver Keavon Mitchell to tie the game late in the fourth quarter.

In overtime, North Carolina Central was the first to score with a 27-yard field goal. Uriel Hernandez would answer with a 39-yard field goal after having two of his kicks blocked earlier in the game.  During the second overtime, it was NCCU’s turn to have its kicks blocked as kicker Jonathan De Lucca would have his 40-yard attempt blocked by Steffon Francois to end the game.

I can not believe I'm typing this…then again, I can!
WE WIN ON A BLOCKED FIELD GOAL!
BETHUNE-COOKMAN 28 NCCU 25!
FRANCOIS WITH THE BLOCK!!!

This is the second time in three years that Bethune-Cookman has beaten North Carolina Central on the final play of the game. The most notable being just last year when Bethune-Cookman would complete a hail mary to beat NCCU and knock them out of Celebration Bowl contention.

Bethune-Cookman will face Florida A&M University in the Florida Classic next Saturday.  The Wildcats could potentially knock rival FAMU out of a trip to the Celebration Bowl with a win.