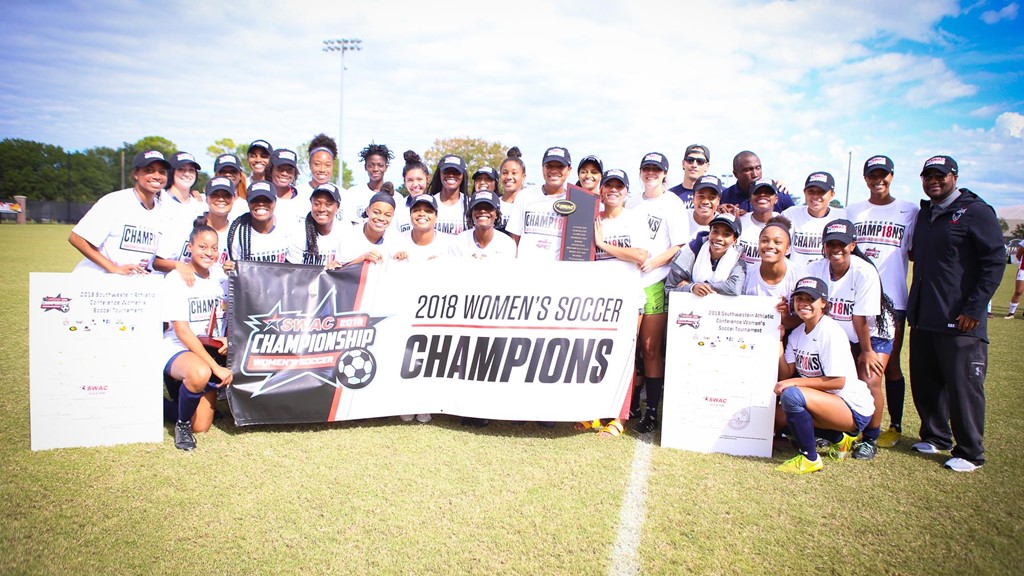 Howard is headed to the NCAA Tournament after knocking off Grambling for the SWAC title.

This is the third title for coach Brent Leiba’s Lady Bison, and the first since 2015. Howard joins Mississippi Valley State as the only programs to win three SWAC Women’s Soccer Tournament championships.

After being shut down for much of the match, Howard finally broke through as tournament Most Valuable Player Jordan Taylor got behind the Grambling defense to settle a Thalia Boucher pass and blast one over the reach of Hanna Johnson at the 52nd minute. The mark ended the Lady Tigers’ shutout streak at 901 minutes and was Taylor’s second goal of the tournament.

From that point, momentum shifted with Howard (13-6-1) putting Grambling on its heels, outshooting the top-seeded Lady Tigers 9-5 in the final 45 – compared to an 11-0 edge for Grambling in the first half. The Bison had a pair of chances but were unable to convert. However, the Lady Tigers were unable to revive the offensive pressure with which they dominated the first half, ultimately falling just short of its third soccer tournament crown.

Grambling (14-8) was quick out of the gate upon first touch and managed an open look at the goal just seven minutes in after a header by Chloe Robinson just made it over the reach of Howard keeper Alayah Hightower. However, Bison defender Marley Christian was there to clean it up, as a sliding strike prevented the goal.

The Lady Tigers continued to stay the aggressive route, as Florence David managed to get a header on a corner kick, but the shot was just wide of the twine. Undeterred, Grambling kept the Bison on their heels with constant pressure, but Howard remained strong at the point of attack.

Alyssa Ozuna had perhaps the best opening of the half for Grambling, but her shot went off the right crossbar just out of range for Hightower.

Grambling edged Howard 16-9 in shots taken, with a 10-5 advantage in tries on goal. Hightower made nine saves for a clean sheet. Grambling had five corner kicks to Howard’s two.

The Lady Bison will find out who they will play to open the 2018 NCAA College Cup tomorrow at 3:30 PM central time.

398
The Latest in HBCU Sports and Culture