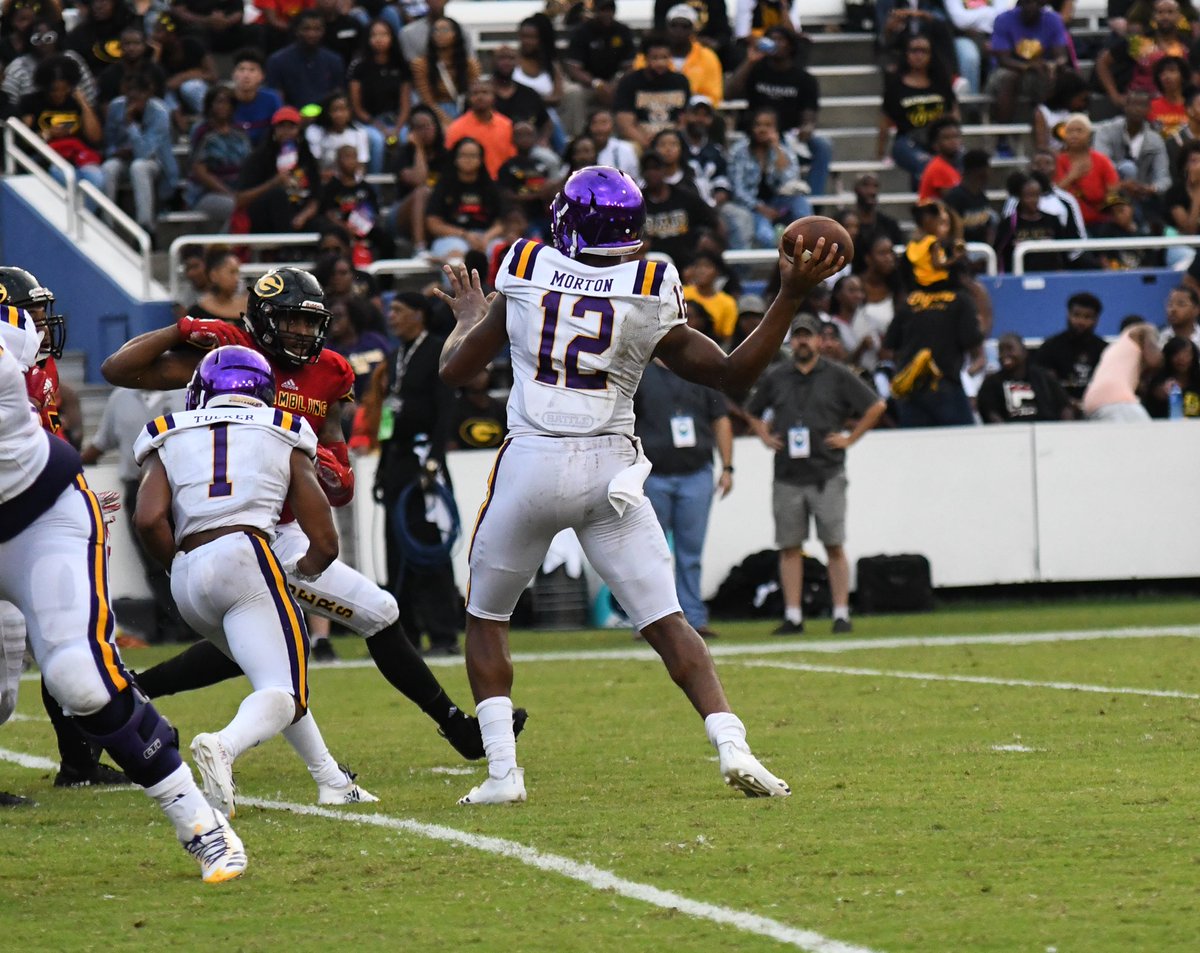 Jackson State is coming off a blowout loss and a coaching change, but it is still in better shape than Prairie View title-wise.

During the summer I ran a poll on Twitter on which coach in the SWAC was on the hottest hot seat. Three-fourths of participants voted for Tony Hughes of Jackson State. And apparently, they were right.

Hughes took over at Jackson State in 2016 and came into this season with a disappointing 6-16 record. Hughes brought in Hal Mumme to install the “air raid” offense but the Tiger offense stayed grounded and Mumme was relieved of his duties after a loss to Alabama A&M.

On Sunday, after a 41-7 loss to heated rival Southern, Tony Hughes was relieved of his duties. He walked away with an overall record of 9-21 as the head coach at Jackson State. Now JSU will be looking for its fourth head coach since the 2013 season. It has gone 17-36 overall since losing to SU in the 2013 SWAC title game and hasn’t had a winning season since.

Jackson State was once one of the most solid programs in HBCU football but since the questionable firing of Rick Comegy the Tigers have been a shell of themselves.

Just outside the city limits of Waller, Texas, Prairie View and its football program was on Cloud Nine last month.
PVAMU had just ended Grambling’s 26-game conference winning streak in the conference and had gotten their first win over Grambling since 2013. Yes, they were the hottest team in the SWAC, #DooleyEra was a popular social media hashtag, Dewonya Tucker was a serious candidate for the Payton Award, and everyone had penciled in Prairie View into the SWAC title game in December.

On October 13th, reality dealt Prairie View a crushing blow as they were dominated 38-0 at the hands of Southern. A week ago the PVAMU took another devastating loss at home at the hands of Alcorn State by the score of 27-13. The PVAMU defense in two games have given up 599 yards on the ground and offensively the once-explosive attack has been stuck in the mud.

Now #DooleyEra has turned into #DooleyError by conference rivals as a punchline. The team that everyone penciled into the SWAC title game now needs a lot of help to get into the game.

The Tigers and Panthers will meet Saturday and it’s almost as if both teams came from different directions to get to the same exact spot. Both teams come into the Saturday’s contest with SWAC 3 wins each and desperately needing a win on Saturday to keep alive the slim hopes that they both have in a conference title game berth. The Panthers need to win out and pray for two Southern losses to get to the title game while Jackson State in an odd way controls its own destiny.

If the Tigers win out, they take the Eastern Division crown and will earn a berth into the SWAC Title game. The Tigers have accustomed to odd occurrences this year seeing that they went on the road and the MEAC’s top team FAMU 18-16.

For Prairie View the challenge is to get their first win since September 29 th. The Panther offense which was once tops in the SWAC has only mustered two field goals in their last two outings.

Defensively the Panthers must improve after allowing 1,030 yards over their last two contests. Luckily for the Panther defense the Tigers have been struggling on offense lately. In the last two games The Tigers have surrendered 18 tackles for loss and seven sacks while picking up just 23 first downs and 381 total offensive yards as they continue to struggle to find an offensive identity.

The Jackson State offense could be exactly what the doctor ordered for the Panthers. Offensively the Tigers rank 8 th in the SWAC in total offense averaging 281 total yards per game and average 15.4 points per game which is ranked 9 th.

Offensively the Panthers must get the run game going and protect Quarterback Jalen Morton. Morton has been under heavy pressure in the last two games which has resulted in no touchdown passes and seven interceptions and being sacked 8 times. Keeping Morton upright is critical to get the Panther offense going. Jackson State has actually played pretty decently on the defensive side of the ball this season.

The Tigers are ranked 3rd in total defense and 5th in scoring defense. Freshman Linebacker Keontre Hampton has established himself as one of the leaders on the Tiger defensive unit. Hampton is currently ranked 5th in the league with 57 total tackles and Hampton racked up 15 total tackles against Arkansas Pine-Bluff. Mr.Hampton and the Tiger defense must pressure Prairie View quarterback Jalen Morton to force turnovers and limit the Prairie View run game to keep the Panthers one dimensional.

This game is an elimination game for both Prairie View and Jackson State. A loss by either teams ends all hopes of a conference title in 2018. For Jackson State fans you have to wonder “what’s next?” if they were to lose on Saturday. The Tigers haven’t competed for a title since the 2013 season and the Tigers have only won one SWAC title since 1998. A win on Saturday keeps JSU in the hunt and makes the trip to Montgomery next week the next must-win game. A loss and all of the talks go to the coaching search and the offseason.

The Panthers don’t have to worry about coaching searches but it would put Panther fans at ease if the team is to finish strong and give purple and gold faithful something to be excited about coming into next season. A loss on Saturday changes the whole complexion of not only the season but the offseason for PVAMU. For Jackson State and Prairie View Saturday not only defines the season but could potentially define the state of two programs.