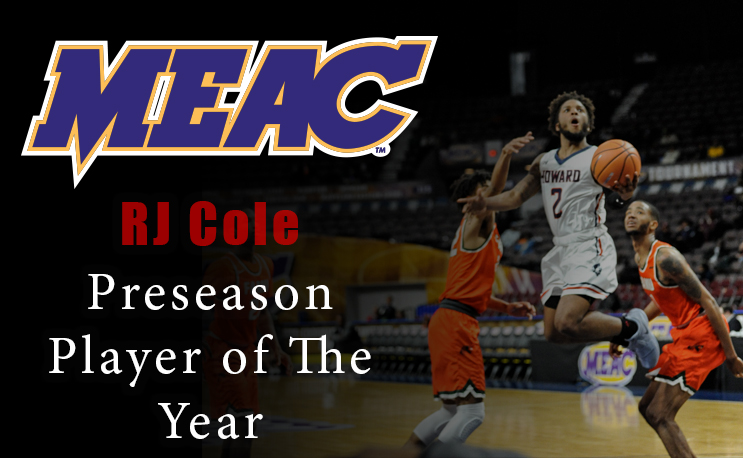 The All-MEAC team is headlined by Cole, a sophomore guard who scores points in bunches for Howard University.

NORFOLK, VA –One season after exceeding the hype, RJ Cole just had a new set of expectations thrust upon him.

The Howard University sophomore guard was named the MEAC Men’s Basketball Preseason Player of the Year on Thursday.

Last year’s MEAC Freshman of the Year, Cole ranked seventh nationally and led the MEAC with 23.7 points per game. Cole led the MEAC in three-pointers made with 109 led the league in minutes played. He scored 30-plus points on five occasions while scoring 20-plus points 25 times. Cole was also named MEAC Rookie of the Week on 13 occasions.

The full list of All-MEAC preseason selections is listed below.