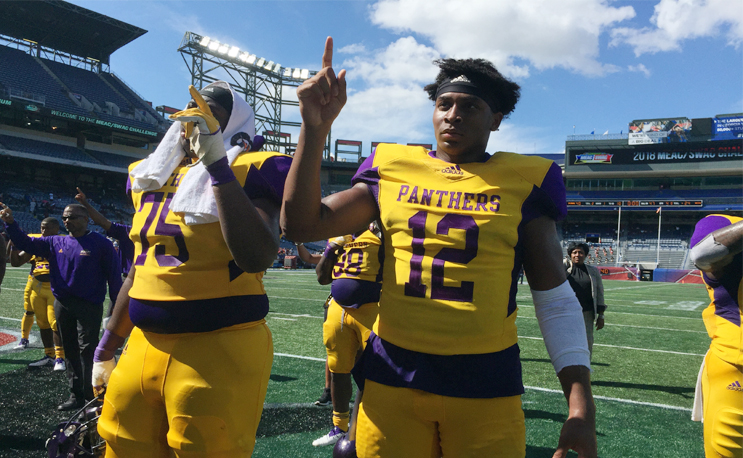 Was Morgan State’s landmark victory over A&T enough to knock the Aggies out of the top spot?

The start of conference play brings back the weekly power rankings in the FCS and Division II ranks for HBCUs.

Week Four brought us a big upset heard round the FCS as Morgan State handed North Carolina A&T its first loss since the 2016 FCS playoffs. We also saw epic comebacks by Southern and Tennessee State and a shootout in the Circle City Classic with Howard coming out on top.

Yes, Morgan State came into the game winless. And yes, it was a bad offensive performance. Still, A&T’s overall body of work says this is the top team on this list. The monumental win over an ECU team that later beat a UNC team and the one over an FCS power is too good to ignore even with what looks like a bad loss on paper. Still, the offense has got to get better as South Carolina State always plays A&T hard and they have a short week.

The Panthers have been the surprise of the HBCU football season so far. Minus a UNLV game that got out of hand in the second half, PVAMU could easily be 4-1 instead of 2-3. Quarterback Jalen Morton and running back Dwonya Tucker are a dynamic duo and they’ll face a tough test this week against Grambling.

After two weeks of cancellations, TSU finally got a chance to get back on the field on Saturday and came up with a big win over Eastern Illinois. Next up on the docket, a “Cut The Check Game” against Vanderbilt on Saturday before getting back to OVC competition.

Since taking on Georgia Tech in its opening game, ASU has rolled off a three-game winning streak. It has outscored its opponents 161-35, but those opponents include a D3 team and perennial SWAC cellar dwellers Texas Southern and Mississippi Valley State. This week’s competition will be a step up as it plays an improving Southern team as its homecoming opponent in Baton Rouge.

HU bounced back from an ugly Money Game loss to Kent State and an off week for a big Circle City Classic win against Bethune-Cookman on Tuesday. Caylin Newton and Jacquez Ezzard might be the top pass-catch duo on the HBCU FCS level, but that defense has to get better. They’ll have plenty of time to work on it over the bye week before another big game in Durham against North Carolina Central.