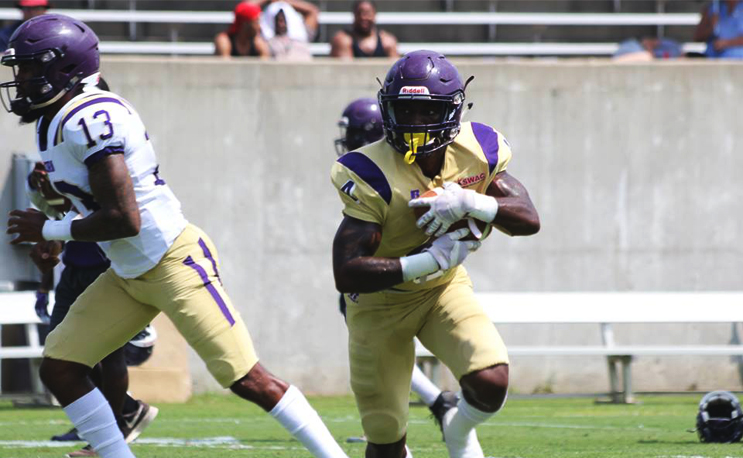 The defending HBCU Gameday/Protect Your Skull National Player of The Year continues to impress as a senior. Through three games he’s got a total of 10 touchdowns, eight of them through the air, and already has three 350-plus passing yardage games. This week he faces a St. Aug team that he torched for eight touchdowns, adding two rushing scores while 26 of 35 passes for a career-high 433 yards and six touchdowns in the air. SAU has played against two FCS teams this season and opponents have averaged 15 yards per completion against it, so it could be another long day for its defense.

After a slow start against Tennessee State, Williams has been on fire for BCU. The redshirt junior was impressive in his teams 49-28 loss to FAU, throwing three touchdowns and just one pick in the loss to the FBS team. He’s completing better than 68 percent of his passes. But he’s going up against a Howard defense that has been pretty solid vs. the pass in its first two games and that was against FBS competition.

As bad as Mississippi Valley State’s running game has been through two games (Valley has rushed for -35 yards), its rushing defense has been even worse. MSVS has allowed 659 yards and 10 touchdowns for an average of 6.3 yards per rush. In comes an Alcorn State team that has rushed for 200 yards per game at an average of 5.5 yards per pop. Between P.J. Simmons and quarterback Noah Johnson, it could be a long day for the Valley defense on Saturday.

UAPB’s run defense hasn’t been as statistically bad per game as Valley’s, but it’s not that far off as it has allowed an average of 268 yards on the ground. And that’s against D2 Morehouse, an NAIA program and South Dakota State. Tucker, meanwhile, had back-to-back 200-plus yard games for Prairie View on the road a few weeks back.