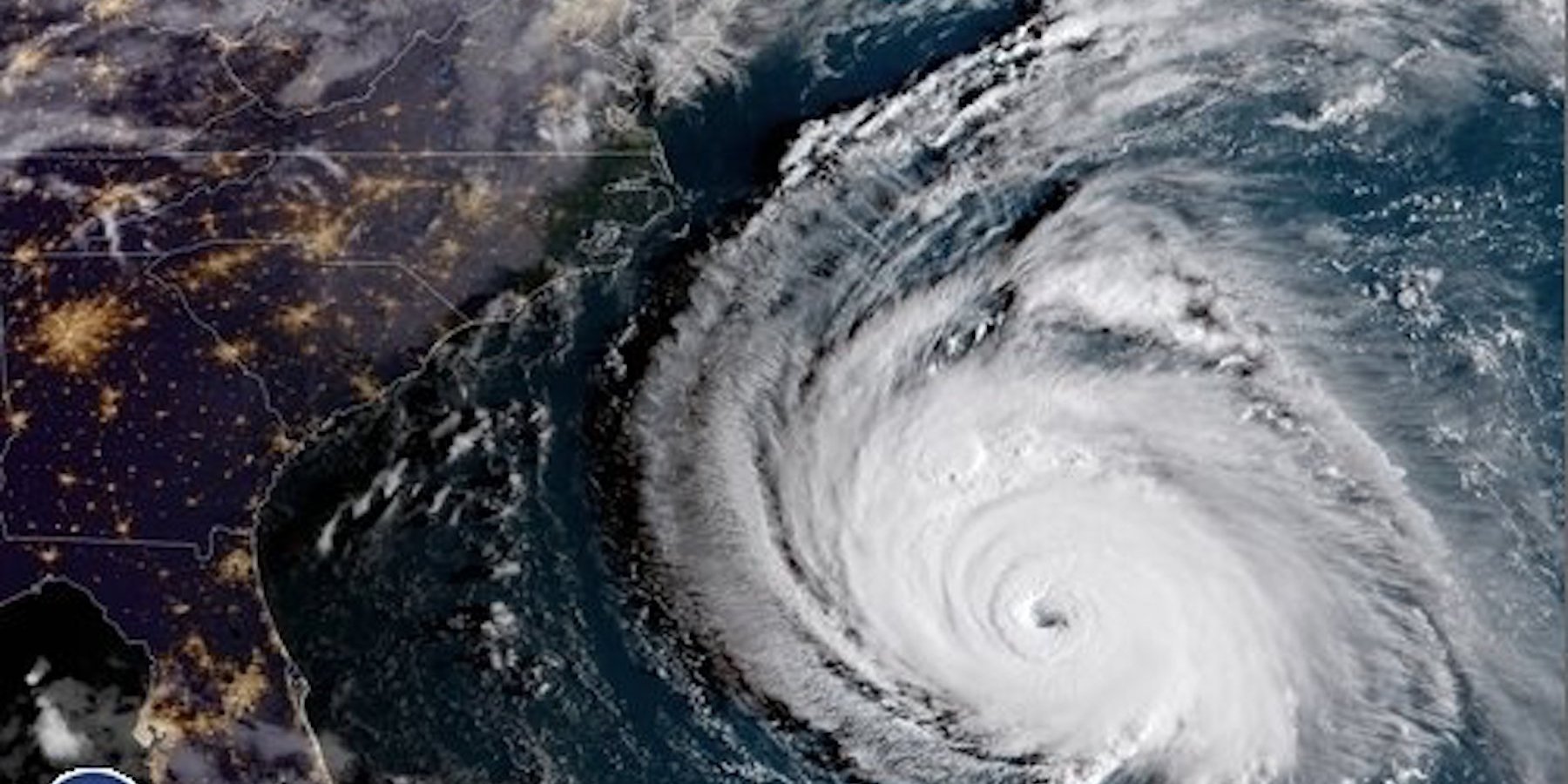 Florence shuts down CIAA football, will it impact Championship picture?

ATLANTA–Hurricane Florence ripped into the North Carolina coastline on Friday morning bringing with it terrifying amounts of wind and rain. There were eight football games involving CIAA schools scheduled for this weekend, with five of those contests set to take place in North Carolina. All five of those games were canceled in addition to Livingstone’s game at Lane College. Lincoln and Bowie State will be the only two conference teams in action this weekend.

At first blush, one might assume this could impact the conference standings at the end of the year but not really. Even though Shaw, Saint Augustine’s, Elizabeth City and Johnson C. Smith were all hosting cross-divisional CIAA opponents this weekend, those weren’t considered conference games.

“We are playing on a ten-week season, the first three games of the season are typically nonconference. So you may see some of our teams playing each other but that wouldn’t count towards a conference record, technically that’s a non-conference game,” said Bri Funte, Assistant Commissioner for Strategic Communications with the CIAA.

What decides a champion?

Conference winning percentage is the first determining factor of deciding which teams will represent their division in the CIAA Championship game. Not that anyone wanted a storm to come, but it’s obviously much better for cancellations to occur on a non-conference weekend. Especially on a weekend where some teams were capable of playing and others were not. Making up games in the CIAA is virtually impossible because there is no wiggle room. Division II teams don’t have bye-weeks and the regular season ends on November 3, with the conference championship game scheduled for November 10.

🚨 Be advised that several #CIAASports contests have already been cancelled due to the pending inclement weather headed our way! Please check your team's schedule & stay safe! #HurricaneFlorence pic.twitter.com/CEP3smaYb2

After conference winning percentage, the standings are decided by the following tiebreakers:

We have seen some tight races for divisional crowns the last few years, and if we reach the common opponents factor it could have a slight impact. However, that would ultimately mean we witnessed a season full of intrigue and parity which is certainly a good thing.

Stay safe this weekend and hopefully, CIAA football will be back in the forefront next weekend. Let’s first see what the lasting impact of Hurricane Florence will be, the devastation could last long after the storm has passed. Safety and well being remains the most important issue.

Florence shuts down CIAA football, will it impact Championship picture?