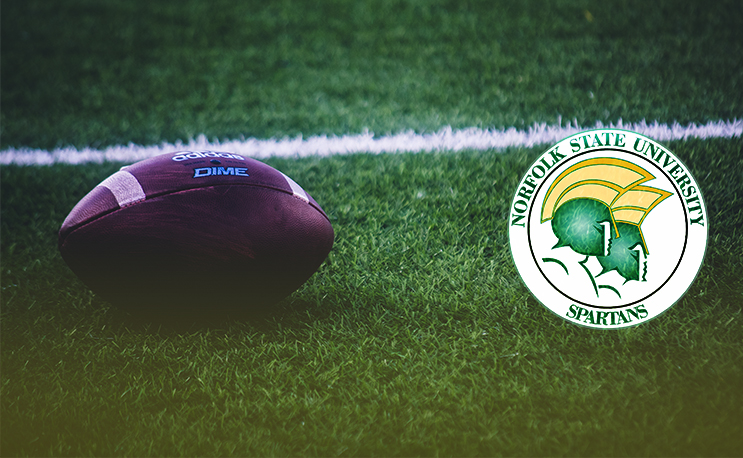 Norfolk State and Liberty will have a little while longer to prepare for each other than they initially thought.

NORFOLK, Va. – Due to the forecast of inclement weather from Hurricane Florence, Norfolk State University’s football game at Liberty University scheduled for this Saturday (Sept. 15) in Lynchburg has been tentatively postponed to Saturday, Dec. 1.

The game will be made up at 2 p.m. on Dec. 1 at Williams Stadium in Lynchburg unless the Spartans qualify for postseason play, in which case the contest will be canceled. The Spartans were previously scheduled to conclude the regular season against Morgan State on Nov. 17.

This marks the second straight week that the NSU football team has been affected by inclement weather. Last week’s home game against James Madison was called after one quarter of play and ruled a JMU win after storms which produced heavy lightning in the area caused the game to be delayed twice. The Dukes were leading the Spartans 17-0 at the time play was halted.

NSU (1-1) will head into the Sept. 22 matchup at South Carolina State having played five quarters of football this season. The SCSU game, which does not count in the MEAC standings, was slated to be the Spartans’ final non-conference game of 2018.

The Liberty football game is one of three athletic events that NSU will not compete in as scheduled due to the impending weather. The Spartan volleyball team will not compete at the George Mason Classic on Friday and Saturday as scheduled, and the NSU cross country teams will not participate Friday as planned at the Panorama Farms Invitational hosted by the University of Virginia in Earlysville.

All NSU classes are canceled as of 12:30 p.m. Tuesday and all students are under mandatory evacuation orders. The campus is closing at 5 p.m. Tuesday and the University expects to resume normal hours on Monday, Sept. 17.