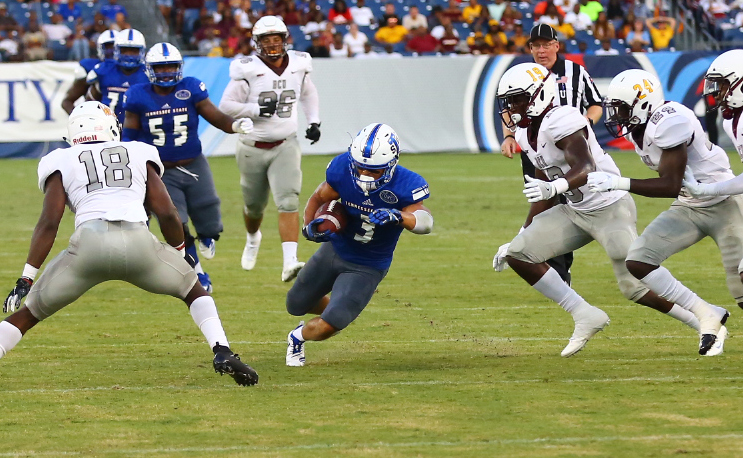 The “Upward Mobility Bowl” won’t take place in 2018 as Tennessee State-Hampton is cancelled.

One of the most anticipated non-conference HBCU matchups won’t be taking place this year.

Hampton’s game against Tennessee State has been cancelled due to the impending impact of Hurricane Florence on the Virginia coast, according to both schools.

HU announced that all athletic events had been postponed through Tuesday on its website. The game will not be re-scheduled, according to TSU.

This marks the second game in a row that TSU has had cancelled. The Southern Heritage Classic against Jackson State was cancelled Saturday after multiple severe weather delays. Hampton (1-1) was able to play against Monmouth on Saturday.

This would have been a matchup of the only two current FCS teams not in the MEAC or SWAC.