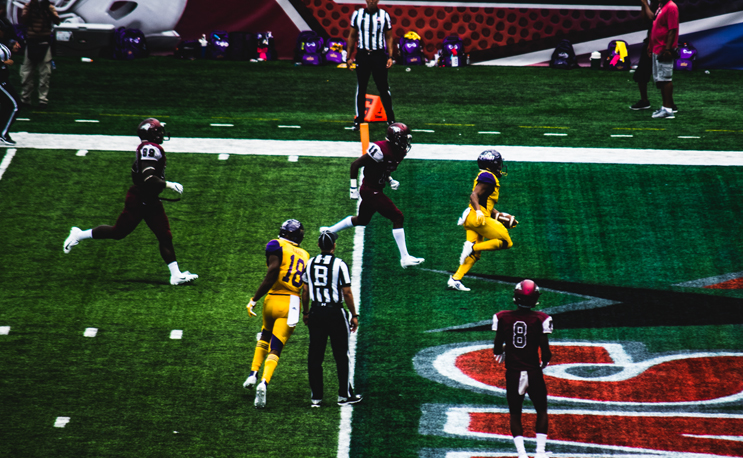 Prairie View’s Dawonya Tucker racked up his second 200-plus yard game in a week on Saturday.

Tucker recorded his second straight 200-yard rushing game, rushing 21 times for new career-high 245 yards and two touchdowns at FCS No. 4 ranked Sam Houston State. The Terrell, TX native scored on TD runs of 14 and 24 yards and was eight yards shy of the single-game school record of 253 yards set in 1954 by John Payton.

He was rewarded for that effort with the SWAC Offensive Player of The Week on Monday.

That performance came on the heels of a 267-yard performance against North Carolina Central in the MEAC/SWAC Challenge on Sept. 2.

Tucker leads SWAC and the FCS with 542 rushing yards on the season with three touchdowns.

Defensive Player of The Week

Haley finished the night with four tackles going up against the Auburn offensive line – considered to be among the best in the SEC. Haley recorded a pair of solo tackles, one of which put the Hornets on the scoreboard as he tackled Auburn back-up quarterback Malik Willis in the end zone for a safety. He also forced a fumble against an Auburn offense who is among the best in the nation in protecting the football. Auburn entered as
FBS’s No. 7 ranked team in the country.

Specialist of The Week

Hauer got the Braves started Saturday with a blocked punt on Louisiana College’s first possession of the game. It was scooped up and returned for a touchdown. The Braves never looked back. The senior wide receiver also caught three passes for 32 yards including a 21-yard reception in Alcorn State’s 78-0 victory, its most lopsided victory in the history of Jack Spinks-Marino Casem Stadium.

Newcomer of The Week