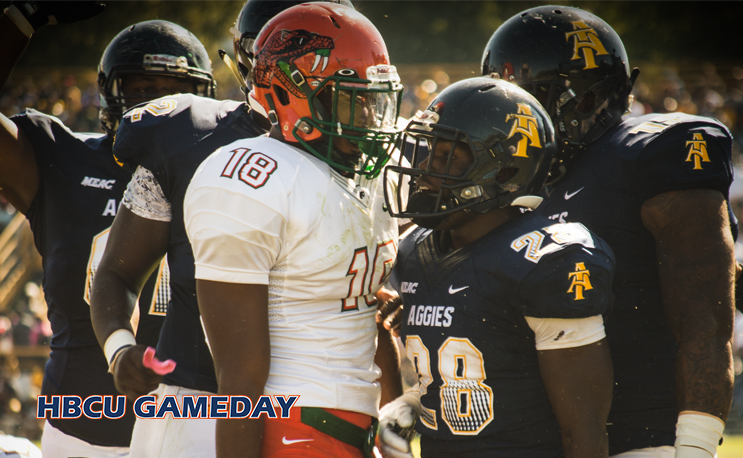 Rebirth of A&T, FAMU rivalry would be good for MEAC football

When it comes to HBCU football in general, and MEAC football in particular, North Carolina A&T has been riding high the last few years. A decade-removed from its 27-game losing streak and coming off a 12-0 season, the program is inarguably at its peak.

The same cannot be said for Florida A&M these days. In fact, you could almost say the opposite. FAMU hasn’t topped .500 since 2011 and is coming off a 3-8 season which led to a coaching change.

So when this FAMU football supporter tweeted boldly that his school would win the MEAC, he was promptly roasted on Twitter. Many of those remarks came from A&T supporters who are rightfully feeling confident after a 12-0 season.

90s was the height of FAMU-A&T rivalry

Two decades ago the two programs were fighting for MEAC supremacy behind legendary coaches and iconic teams. FAMU was flash-and-dash with its pass-happy offense under head coach Billy Joe whose quarterbacks attacked the conference with an aerial assault it had never seen in its first two-and-a-half decades of existence via the lethal “Gulf Coast Offense.” A&T, meanwhile, was led by stoically efficient Bill Hayes and his “Blue Death Defense.”

From 1995 through 2001, A&T and/or FAMU won MEAC football titles in every year except 1997, as Hampton would claim sole possession that season (and share with FAMU in ’98.) A&T managed to snatch just the 1999 title, but it proved a worthy foil for FAMU by winning four of the seven games between the two teams during this time span. Here is the year-by-year break down.

The 2001 matchup, which is posted in its entirety on Youtube, shows just how intense and personal the rivalry was. Nationally ranked FAMU had to show up in Greensboro for A&T’s homecoming. Running back Travles Williams was not pleased.

“I feel totally disrespected,” Williams said. “You should play Norfolk State, South Carolina State or somebody for homecoming. You don’t schedule FAMU.”

Ironically, the two schools have played each other for homecoming the last two seasons, with A&T getting the better of both matchups. In fact, A&T has won every matchup between the two schools since 2012.

The last 15 years or so the rivalry hasn’t really been there competitively, but if it were to re-emerge it wouldn’t be a bad thing for the MEAC. Both teams have first-year head coaches as Sam Washington has taken over at A&T while Willie Simmons is now the man in charge at FAMU after leaving Prairie View. And while both team’s primary rivals, NCCU for A&T and BCU for FAMU, both reside in their home states, having a competitive secondary rivalry between two of the biggest HBCUs is never a bad thing.

Rebirth of A&T, FAMU rivalry would be good for MEAC football

277
The Latest in HBCU Sports and Culture