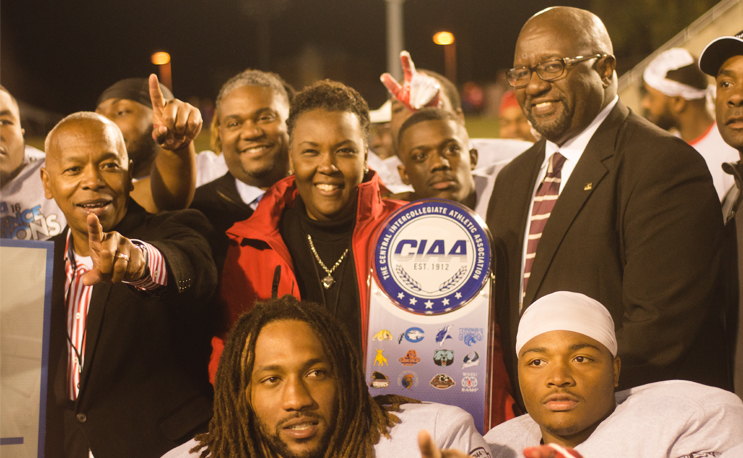 It appears that Winston-Salem State will have another opening in its athletic department to go along with its search for a men’s basketball coach.

Tonia G. Walker is on the way out as WSSU’s director of athletics after resigning effective on May 31. George Knox, currently the assistant AD for compliance, will serve as the interim AD.

Walker’s departure comes just over four years after she officially assumed the role in May 2014 following the retirement of Bill Hayes.

Her first three years were so successful, 14 championships, she was given a three-year extension last May.

“Tonia Walker is undoubtedly the right choice for WSSU,” Chancellor Elwood L. Robinson said in 2017. “I believe she is one of the finest ADs in the country. Her commitment to our students is demonstrated in their success both on and off the field. She is a tremendous asset to the university and to college athletics.”

The 2017-18 year had some high points, including taking home the conference volleyball title, but had its share of disappointments as well. The football program finished 6-4, missing the CIAA championship game for the first time since 2010. The men’s basketball program had its worst season in recorded history, leading to the aforementioned job opening.

WSSU hired Cleo Hill to take over as men’s basketball coach earlier this month, as first reported by HBCU Gameday.

Walker, a two-sport start at Hampton, has been at WSSU as a coach and administrator since 2000.