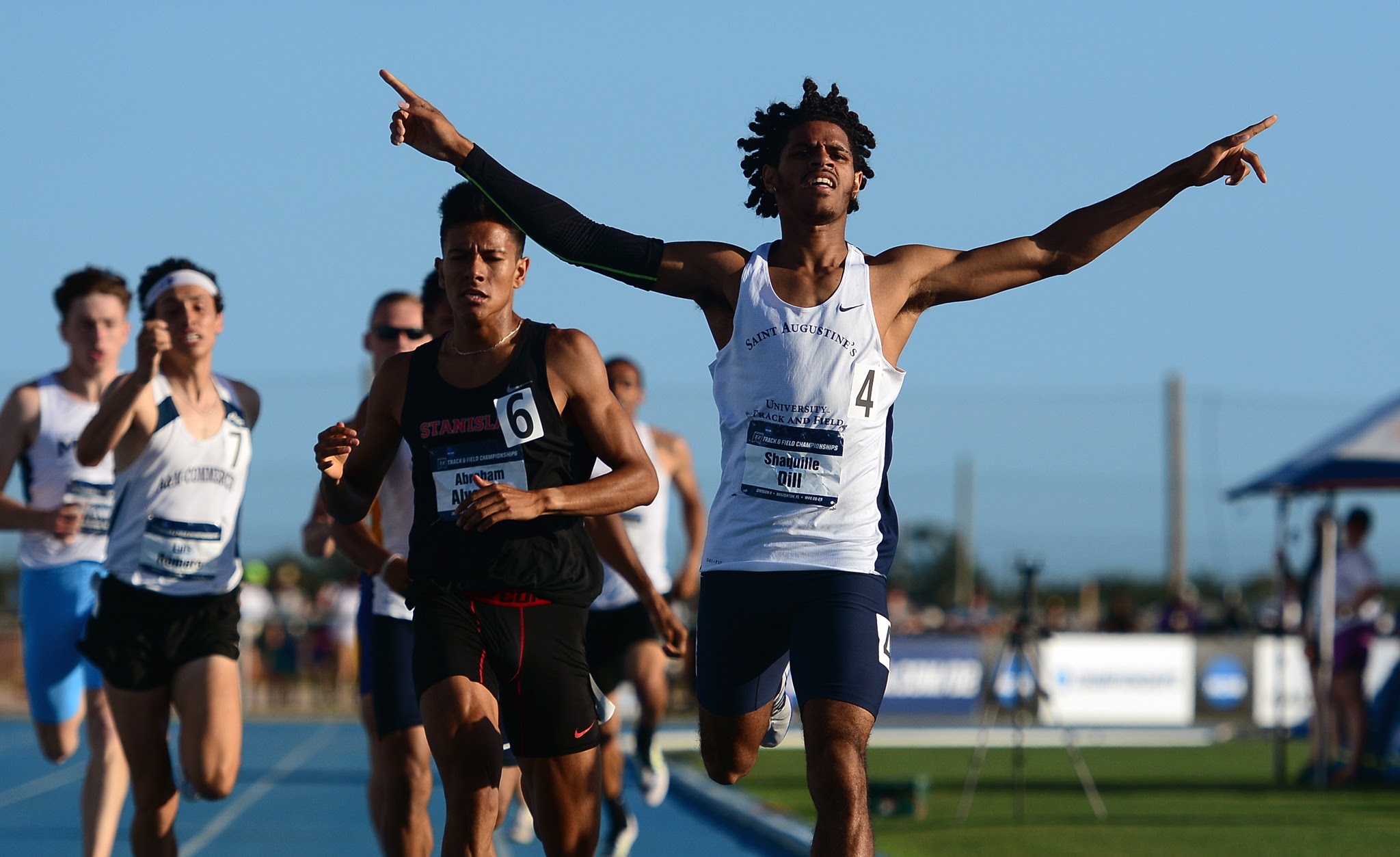 Will it be SAU versus the field this weekend?

RALEIGH, N.C. (May 14) – Saint Augustine’s University gained momentum heading into the NCAA Division II Championships after winning eight events in the Mount Olive Final Qualifier track and field meet in Mount Olive, N.C., on Sunday, May 13. The SAU men and women combined for 13 automatic and provisional times and marks at the meet, which took place at the Ray McDonald Sr. Complex.

Sunday was the last day to qualify for the NCAA Division II Outdoor Championships, which will be held at the Irwin Belk Complex in Charlotte, N.C., on May 24-26. The Falcons are the five-time defending men’s outdoor national champions, and the SAU program has won 39 national titles under Head Coach George Williams, who has won the most NCAA track and field championships of any coach, regardless of division.

The Lady Falcons were victorious in three events. Ade Hunter (Sr./Philadelphia, PA) won the 400-meter dash in a provisional time of 54.60 which ranks ninth nationally in the event. Top-ranked Shannon Kalawan (So./Westmoreland, Jamaica) finished first in the 400-meter hurdles with an automatic time of 57.45 and Magaly Tshipopo (Sr./Orleans, France) placed first in the long jump with a provisional leap of 19-0.75.

In addition to the winners, Shakera Hall (Sr./Bridgetown, Barbados) placed third in the women’s 100-meter hurdles (13.89) and Amanda Crawford (So./Brooklyn, NY) was fifth in the women’s 200-meter dash (24.35). Tshipopo finished second in the women’s triple jump (40-10.5) with the eighth-longest DII mark this season.

#HBCUlove to the men's and women's track & field teams @SAUFalcons for winning another @CIAAForLife championship! Its the 15th title for the women and 21st *consecutive* title for the men https://t.co/8jtQ2Se2Fi

Below are the Falcons’ and Lady Falcons’ top 10 finishers and where they placed at the meet. For total results, go to tfrrs.org.