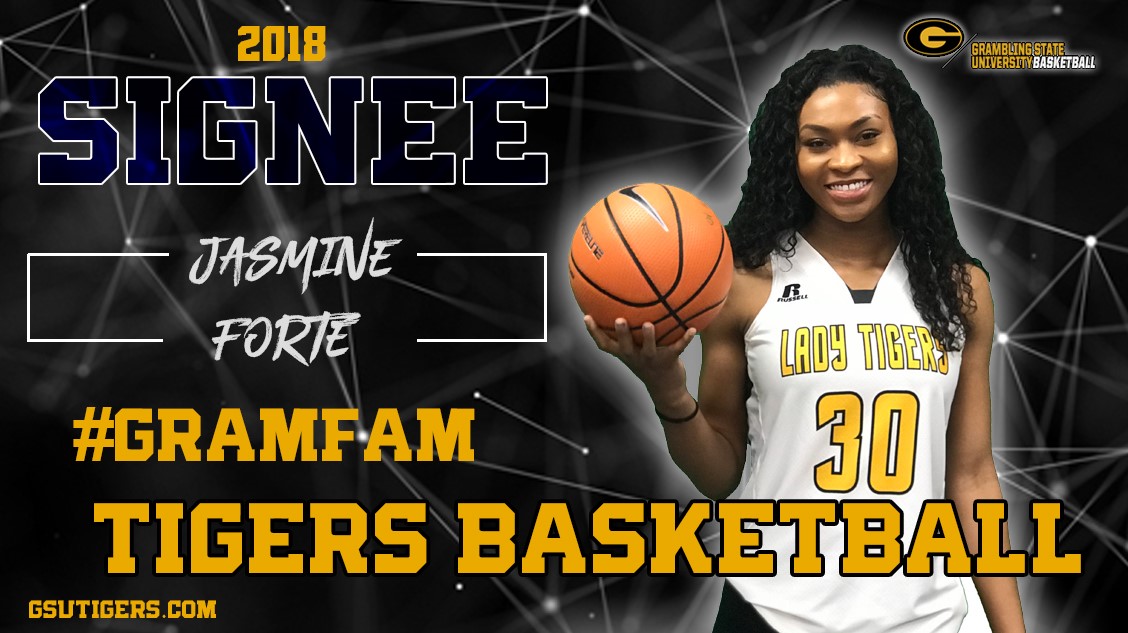 Grambling women add four to 2018 class, getting height and skill.

Forte, a 6-foot-3 center from Woodbridge High School in Woodbridge, Va., averaged 6.1 points, 7.2 boards and 2.8 blocks after missing over half her senior year coming back from an injury.

“Jasmine comes in with a great size and college ready body, she’s physical, has a knack for rebounding and blocking shots,” Murray said. “I truly feel her best basketball is ahead of her and I feel she’s only scratched the surface to the player she can be. We’re excited to add a definite post presence to our team.”

London, a 5-8 combo guard from Shaves Valley High School in Birmingham Ala., completed one year at The University of South Alabama before transferring to Jones County College in Ellisville, Miss. While at Jones CC, London started 13 games, while averaging 7.9 points, 3.0 rebounds and 1.3 assist per contest. She shot 48.4 percent from the field, 30.0 percent from beyond the 3-point line and 73.5 from the free-throw line.

“Camryn’s athleticism, three-point shooting and ability to create off the dribble will bring added depth to the perimeter,” Murray said. “She’s a well-round athlete that score and defend and will fit well in our offensive and defensive system.”

Forte and London join Mylashia Yancey and Madison Connally-Banks as the players Murray has added in this year’s incoming class.

GSU advanced to the NCAA Division I Women’s Tournament and fell in the opening round to second-seeded Baylor.