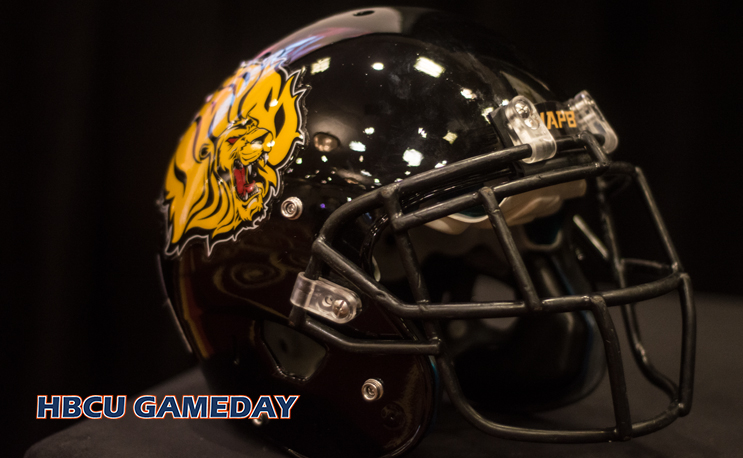 UAPB will continue its series against Morehouse and add a game against an FCS power.

Pine Bluff, Ark. – The University of Arkansas at Pine Bluff (UAPB) Golden Lions football team released its schedule for the 2018 football season on Wednesday. The highly anticipated season opener for the new look Golden Lions will be on Saturday, September 1, as the team will play host to Morehouse College. UAPB started off the season with a bang and defeated the Tigers 23-10 in last year’s season opener.

UAPB will play host to National Association of Intercollegiate Athletics member Cumberland University on September 8 at Golden Lion Stadium. On September 15, UAPB will travel north to face the Jackrabbits of South Dakota State before returning home for the conference opener against Prairie View A&M in a highly anticipated Southwestern Athletic Conference match up. Sophomore linebacker Jontavis Testa, who will return next season to help guide the linebacking corps, produced his first collegiate interception during last year’s battle against the Panthers.

A week later, the Golden Lions will face its second Panthers opponent, at Florida International University in Miami.

The Golden Lions will then return home on October 6 to host Jackson State University. Last year UAPB stormed back for a thrilling come from behind victory and beat the Tigers 34-27 in overtime to win the W.C. Gorden Classic in Mississippi.

On October 20, the Golden Lions will travel to Itta Bena to face Mississippi Valley in SWAC play. Last season against the Delta Devils, All-SWAC kicker/punter and former Scottish rugby player Jamie Gillan (nicknamed Gold Toe) broke the school record with a 52-yard field goal and Dollarway standout running back KeShawn Williams rushed for a season-high 147 yards at Golden Lion Stadium. Both will return to the Golden Lions next season as seniors.
[postBannerAd]
The following week, the Golden Lions will travel to Louisiana to face Grambling State University. Last year UAPB was the closest SWAC team to upsetting Grambling, but the Tigers escaped Pine Bluff with a marginal victory.

A week of exciting festivities on the campus of UAPB will culminate with the Bulldogs of Alabama A&M coming to Pine Bluff on November 3 for the sacred UAPB homecoming game. Alabama A&M hosted UAPB for its homecoming game in 2017.

On November 10, the Golden Lions will travel to Baton Rouge to battle against the Jaguars of Southern University. The Jags were victorious in last year’s 47-40 shootout in Little Rock at War Memorial Stadium.

The Golden Lions will round out the regular season in Houston as they face Texas Southern University on November 17.