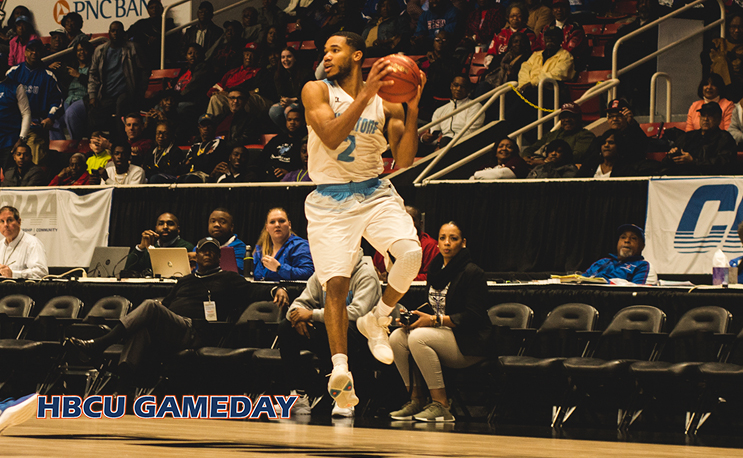 Both seeded third in their respective divisions, Livingstone and Virginia Union took the first steps in what they hope will eventually lead to a shot at the CIAA title.

LC  and VUU opened up Wednesday’s actions with wins, the first of four in as many nights they’ll need if they hope to hoist the championship trophy.

Closer than it looked

The day started off with an exciting second half to Livingstone-Elizabeth City State. Well it actually started with a 60-foot buzzer beater from Cameron Burhannon to thrill the crowd and give LC a 39-21 halftime lead.

The Blue Bears got busy in the second half, throwing down dunks and alleys at will and looking ready to run away with the game at any minute. But the Vikings kept it close until the end, ultimately succumbing to a 99-95 loss.

Burhannon put on a show beyond his 3-pointer, finishing with 32 points for the game. Livingstone will play Bowie State on Thursday for the right to play Johnson C. Smith in the CIAA semifinals on Friday in the Spectrum Center.

Winston-Salem State and Virginia Union took the court next, in a matchup of traditional CIAA powers. WSSU came in with just five wins hoping to make some waves in the tournament, but VUU wasn’t having any of it.

The Panthers took a 45-29 lead in at halftime after a 12-2 run in the final minutes of the first half put the Rams in a hole just too big to get out of. The Rams managed to cut the lead to three points with just over 11 minutes to go, but the lead was insurmountable.

VUU will meet Shaw in the quarterfinals on Thursday in the Spectrum Center.