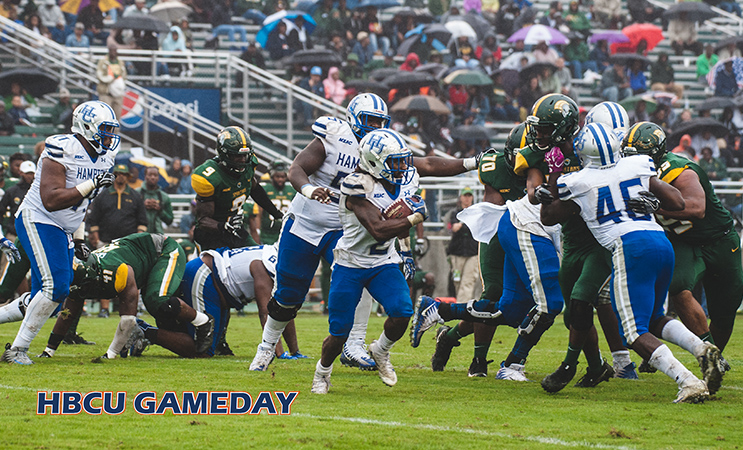 Hampton won’t be playing Howard, Norfolk State or any other MEAC team this year, per reports.

Hampton will not play any MEAC opponents, including local rival Norfolk State and long-time rival Howard next season, according to the Virginian-Pilot. Onnidan.com was the first to report this last week.

The athletic program is headed to the Big South, as first reported by HBCU Gameday in November. Initially, it was assumed that Hampton would remain on the MEAC football schedule for 2018, its 23rd since moving up to Division I after being a founding member of the CIAA. The rest of the Hampton teams would join the Big South next fall for the 2018-2019 season.

MEAC Commissioner Dennis Thomas didn’t confirm the report, but he didn’t deny it either.

“At this point, no final decision has been made regarding the 2018 MEAC Conference schedule,” he told the Pilot. “When a decision is made, then the conference and Hampton will make a public statement.”

Last week we cited a report that FAMU removed Hampton from its MEAC schedule. That, plus the fact that other MEAC teams were slow bringing out their schedules fueled speculation that HIU might not end up on any of their schedules.

So far Hampton has appeared on Shaw’s 2018 football schedule as well as Tennessee State’s. Over the weekend, Virginia University of Lynchburg coach Bobby Rome hinted that his team would be playing Hampton this fall on Twitter.

The lack of a game against Howard is unfortunate, but not unprecedented. Though the two schools have been rivals for decades, there were several years when the two did not meet after Howard left the CIAA to form the MEAC.

The Norfolk State rivalry game loss would be more significant as the two rivals, who are separated by less than half an hour, have competed every year since 1963.

Whatever the case, the divorce between Hampton and the MEAC is sure to have folks in their feelings. HIU pulling out of games in October and November when most FCS and DII teams have conference games means the MEAC teams on its schedule will have to find replacements quick and won’t have a lot of choices.