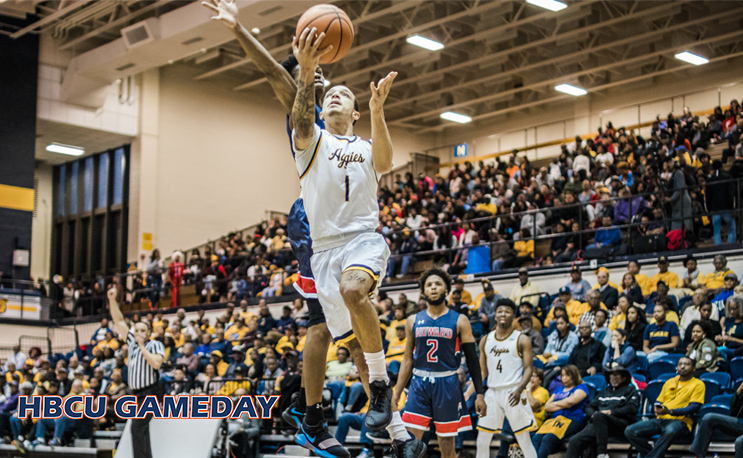 For the second time in less than 18 months, Denzel Keyes was honored for his career achievements. The former football star proved worthy of his basketball sendoff as well, coming up big as North Carolina A&T beat Howard 83-69 on Saturday in Greensboro.

Keyes scored 18 points, grabbed seven rebounds and had one MONSTER block for the Aggies, who improved to 11-0 at home with one more contest in Corbett against Maryland-Eastern Shore on Monday.

“Tonight, was a special night because we’re talking about seniors,” said N.C. A&T coach Jay Joyner. “I’m really, really happy for them. They are a great group of young men, I’m extremely proud of them and I will never forget this year’s team for many reasons.”

Other seniors stepped up big as well. Devonte Boykins, who played three seasons at Georgia Southern and earned his undergraduate degree from the university before transferring to N.C. A&T for his final season of eligibility, tied a season high with 18 points on a season-high five 3-pointers made.

Devaris McGowens chipped in with his ninth career double-double by posting 17 points and 13 rebounds.

It wasn’t all seniors in the spotlight, though.

Howard freshman R.J. Cole came into the game as the MEAC’s leading scorer, averaging better than 23 points per game. He was held to 21 points on 7-for-19 shooting by the Aggie defense, which included freshman Kameron Langley. Langley scored 11 points and dished out 10 assists in the win.

“I thought up there we spent a lot of energy fullcourt in defending Cole,” Joyner said after the game. “Forty-eight hours ago, I sat down with the staff and said I would like to put in a defense we used when I was at Rutgers 10 years ago. Tonight, it was phenomenal. We got stops and it took them a while to figure it out.”

To be sure it is a far cry from this time last year when A&T was without a Division I win. The team still has an outside shot at the biggest turnaround in Division I history as its 13-win turnaround is just five less than UTEP’s 18-game turnaround in 2004.

More immediately important, the win kept A&T in a tie for second place with Bethune-Cookman as BCU held off Coppin State while MEAC leader Savannah State fell to Norfolk State on the road.