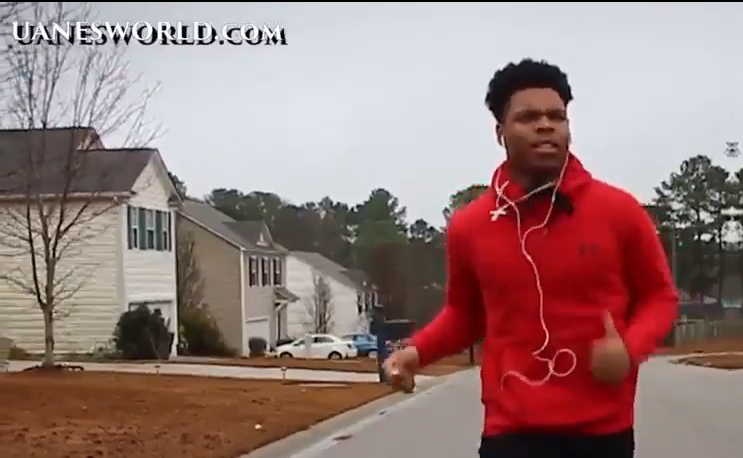 He took us to church, school and the barbershop so we practically know the guy.

Wednesday is National Signing Day, a day when thousands of high school seniors will sign national letters of intent to the colleges they intend to further their academic and athletic careers.

Hopkins, SC’s TeVaughn Higgins is one of those players. The two-sport star from Lower Richland High has decided to attend North Carolina A&T, the defending MEAC and HBCU national champs. Higgins made his announcement on Super Bowl Sunday in a video that didn’t look like any high school production.

Higgins is a 6’3, 205 pound dual-threat quarterback who also plays on the wing in basketball. He told WISTV.com he draws inspiration from quarterbacks both now and ‘before his time.”

Prior to the last seasons’ playoffs race, Higgins’ only offers were from Division II programs Limestone and Newberry. Then he threw for five second half touchdowns, including the game-winner, a 45-yard hail mary, to lift his team to a win over Myrtle Beach last November. That was on the heels of a five touchdown performance (three passing, two rushing) in his first playoff game.

Another Diamond In The Rough?

A&T has had a history of finding players other schools ignored and having them pay major dividends since Rod Broadway took over in 2011.
There was Tarik Cohen, who even Broadway told wouldn’t be an “every down back.” He just finished his first season with the Chicago Bears. Then there was Brandon Parker, who wanted to go to Charlotte but the fledgling program decided it didn’t want him. He’s now an All-American and one of the most coveted linemen in the upcoming NFL Draft. A&T’s current signal caller, Lamar Raynard, didn’t have programs beating down his door.

Will Higgins be the next Aggie success story? We don’t know yet, but if he is, we just may have a feature film in 2022.

HBCU Gameday is the place to find out about all the student-athletes signing NLIs on Wednesday. Don’t forget to check back with us.