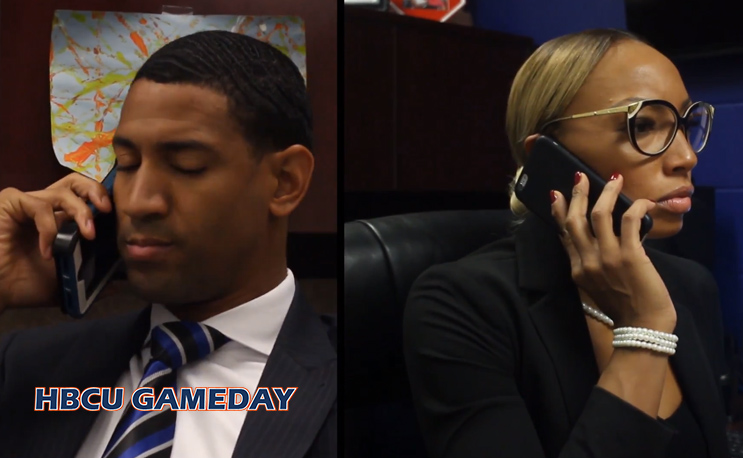 Tennessee State’s basketball programs hoping some home cooking will lead to breakthroughs in the OVC.

One thing Tennessee State knows how to do is promote a game.

TSU dropped a well-thought-out promo for its men’s and women’s basketball programs’ Ohio Valley Conference home opener against Jacksonville State on Thursday night a few hours ahead of the game.

It’s a great concept that was well-executed and worth a watch.

Of course, it will take more than just a good Youtube video to get that done.

The TSU women enter the Jacksonville State game 0-2 in the OVC after dropping a squeaker to Southeast Missouri on Saturday. They are also on a three-game losing streak and are 2-9 overall.

“Eventually they’re going to be so angry at this feeling that they’ll get to the point where we get turn the corner and that means playing a disciplined game,” she said after Saturday’s loss. “There’s not a single kid in the locker room that doesn’t want that win.”

It’s been an up-and-down season so far for TSU’s men’s program. The team entered OVC-play 5-6 after a tough non-conference schedule that included Kansas, Purdue, and Texas.

But even with that record, there was optimism about the team as they nearly knocked off Texas in December, suffering a 47-46 loss on a buzzer beater. Then they dropped their first two conference games on the road.

Make no mistake about it, head coach Dana Ford is happy to be home in the Gentry Center on Thursday.

“It’s been a long road trip for us, a couple thousand miles, we just appreciate the fact that we get to be in our own beds, practice in our own gym and have an opportunity to play on our own court,” he said.

TSU will be facing a Jacksonville State team that comes in at 11-4 overall and 2-0 in the OVC.