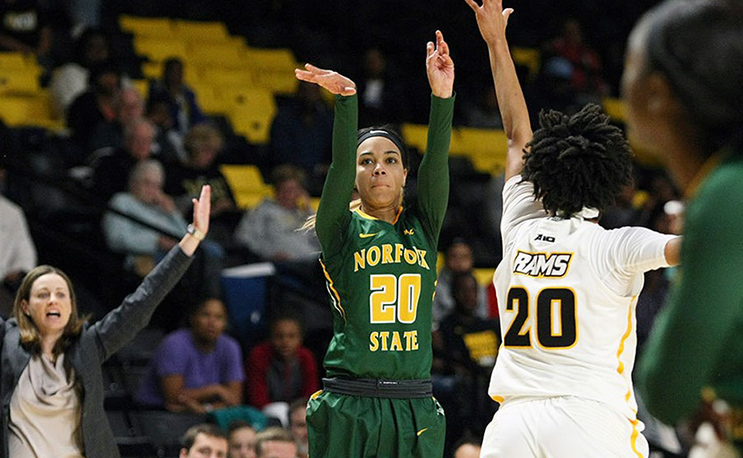 The Norfolk State women’s program is off to its best start in over 20 years as a Division I member. But they aren’t done yet.

It’s been more than two decades since Norfolk State moved up to Division I basketball after earning a reputation as a women’s basketball power at the D2 level.

The Spartan women won five of the last six CIAA Tournaments they participated in before joining the MEAC. Since going D1, however, the Spartan women have just one title to their credit as they won it all in 2002.

This season they look like a contender to add another.

While the program’s historic start is a nice headline, head coach Larry Vickers isn’t putting a feather in his cap.

Still, for a proud program that has failed to win seven games overall in six of the last ten years (08, 09, 10, 11, 13, 16), its something to get excited about. Especially since all of those wins came against Division I competition.

“Coach Bell kept putting the pressure on me with the no D2s (on the schedule),” Vickers laughed. “We had a few tough stretches, but we were able to get through them.”

Those tough stretches are nothing compared to two years ago when the team was winless before Vickers was given a shot as interim coach late in the season. He led the team to three wins that season before being named head coach. NSU jumped to 15-15 last year and appears to have a very good chance of topping that mark this season.

“We know we have a lot of work to do as a basketball team,” Vickers said, “but we hope to put a good product on the floor for our Spartan fans.”

NSU opens its conference schedule at home against Coppin State on Wednesday.