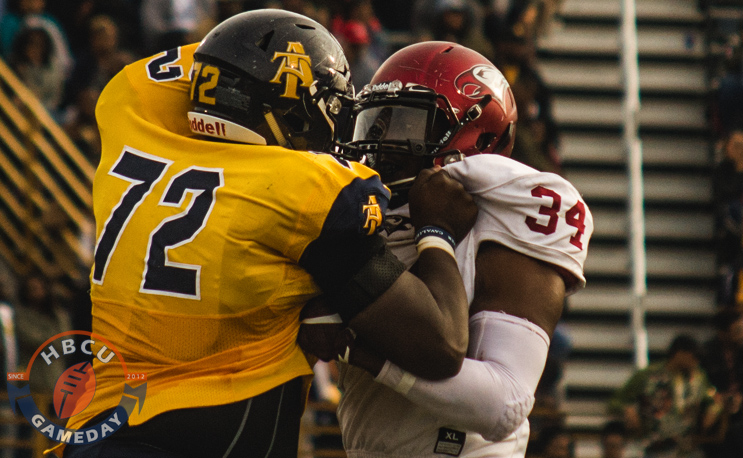 [postBannerAd]
North Carolina A&T took care of business Saturday against North Carolina Central when it beat its rival 24-10 to claim the sole MEAC title. A&T won another battle against NCCU as well, although neither school really lost.

A&T and NCCU were involved in a “Giving Challenge” leading up to the big game. Both schools challenged alumni and fans to give any donation to support their respective athletic departments from Nov.1 to Nov. 17. Both schools set up funds for direct giving and were given one point for every $100 it raised.

Final Score! Thank you to all of our Aggie supporters for raising over $43,000 to defeat NCCU 431-287 in our #AggieEagleGiving Challenge! Don’t forget, Giving Tuesday is next week, November 28, and we look forward to your support for this global holiday for giving! #AggiePride pic.twitter.com/GPGKeAMNbx

In the end, both schools came out as winners as the money can definitely be used in the athletic departments. A&T will add these funds to the money it receives for representing the MEAC in the Celebration Bowl for the second time in the game’s three-year history.

Congrats to the Aggies and the Eagles.