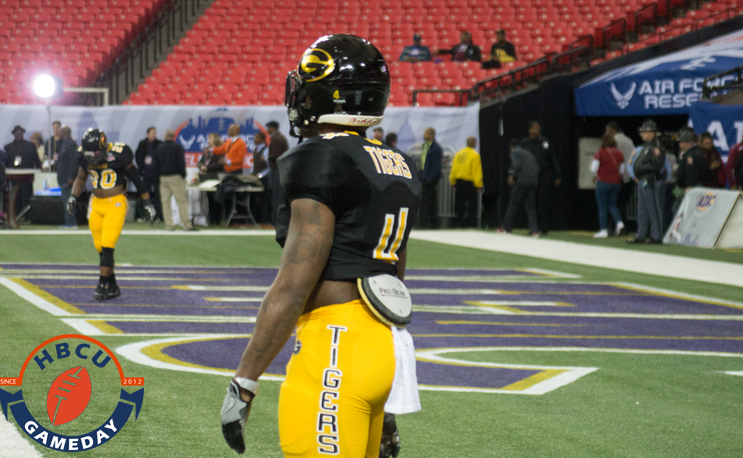 Grambling’s stud running back has received the first of what will likely be several postseason all-star game invites.

There’s still almost half a season left to play for Grambling, but running back Martez Carter’s postseason plans are already starting to shape up.

Carter has been invited to the NFLPA Bowl, according to a report by The News Star. The game will be played at the Rose Bowl on Jan. 28th.
[postBannerAd]
The senior running back from Monroe, Louisianna was a preseason All-SWAC selection and a member of the preseason HBCU Gameday All-American team. So far this season he’s run for 441 yards and five touchdowns.

Prior to the season, we said that he along with Howard’s Anthony Philyaw and Virginia State’s Trent Cannon all had a great shot of getting picked in the 2017 NFL Draft. So far, Carter has made us look pretty good.

Carter’s former Grambling teammate Chad Williams used the NFLPA Bowl as a springboard to the Senior Bowl and ended up getting picked in the third round by the Arizona Cardinals earlier this spring. Former A&T stud running back Tarik Cohen also participated in the NFLPA game last year as did former Southern running back Lenard Tillery.