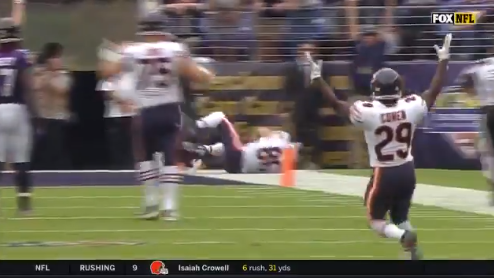 We are well into the second month of the season, and Tarik Cohen continues to show the NFL that his small size and small school don’t indicate his huge playmaking abilities.

The former North Carolina A&T running back threw his first NFL touchdown pass on Sunday in the first half of the Chicago Bears game against the Baltimore Ravens.

[postBannerAd]
Cohen has been one of the big surprises of the NFL season according to many experts, as the diminutive back has made an impact on the game with his running and pass catching. Now you can add throwing to the list.

We’ve been saying it for years, but is there anything Cohen can’t do?