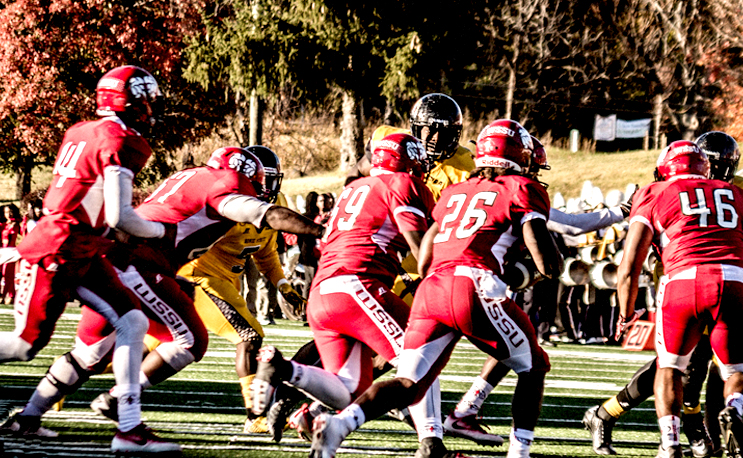 John Eder, the offensive coordinator at Winston-Salem State University has resigned due to health reasons, according to a report in the Winston-Salem Journal.

Eder was hired at WSSU in 2010 as part of Connell Maynor’s staff.  He followed Maynor to Hampton in 2014 before returning back to WSSU in 2015.  Players were informed of the decision on Tuesday morning according to the report.

Eder,63, battled leukemia in 2008 but tells John Dell of the Journal that it remains in remission.

The athletic department did not make an official statement on Eder citing HIPAA regulations but Eder’s bio is no longer listed on the school website.  Eder tells Dell in the article that his energy level had been down some and he wanted to spend more time with his family.

“It was just time, and those 13 to 14 hour days weren’t getting any easier,” Eder said.

He is no stranger to HBCU football, having coached at North Carolina A&T and Fayetteville State in addition to Hampton and WSSU.  Eder was both the offensive line coach and offensive coordinator for WSSU.

A Shift In Duties

WSSU head coach Kienus Boulware says that Eder’s departure didn’t come as a total surprise to he or his staff, as he was aware of the strain coaching was putting on Eder.

He said he was thankful Eder was able to stick around to help guide the Rams through a tough early season schedule that included four opponents (UNC-Pembroke, Bowie State, Virginia Union and Virginia State) with a combined record of 10-5.

Boulware says that running backs coach Natrone Means and quarterbacks coach Ryan McManus will assume play calling duties while Steven Aycock will take over the offensive line. He spent his time in practice on Tuesday working with the defensive line.