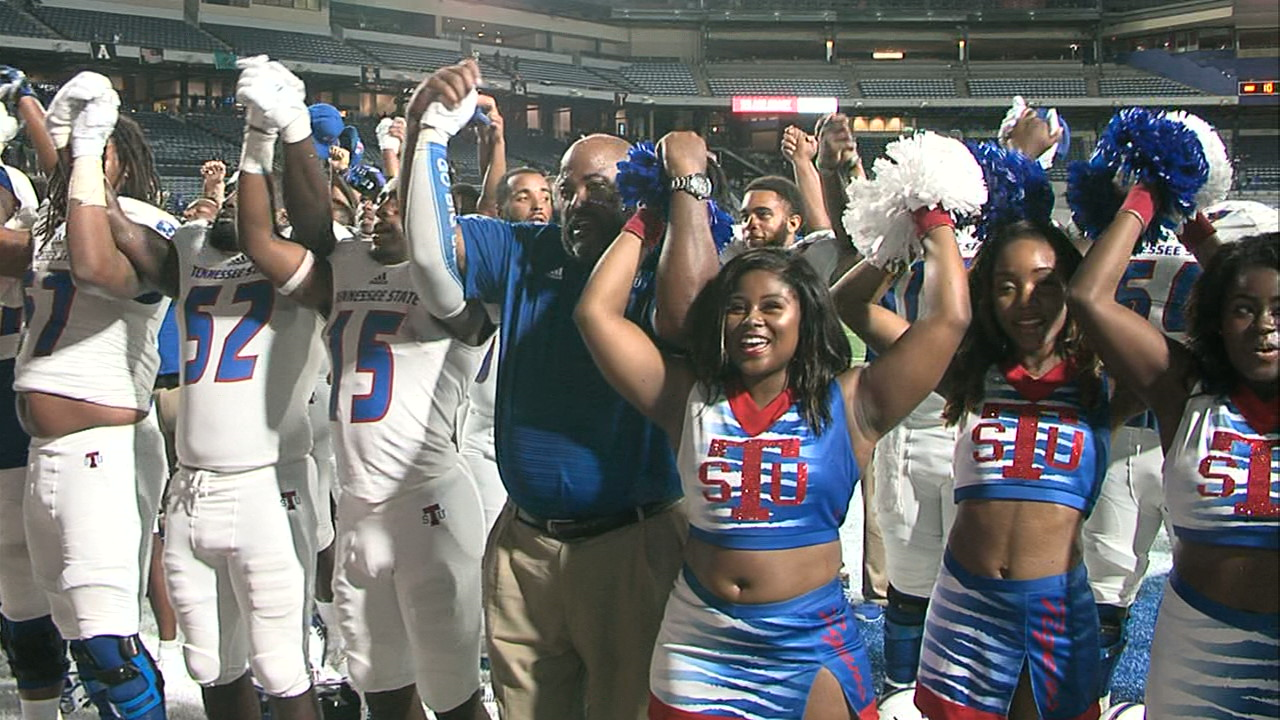 Tennessee State pulls off the first FCS over FBS upset of the year.

Georgia State was hoping to make history against Tennessee State on Thursday night in Atlanta. And it did. But not the kind it hoped for.

TSU came away with a big 17-10 win over GSU, knocking off the FBS school as GSU celebrated its first game in Georgia State Stadium, former Turner Field, home of the Atlanta Braves.

Dajour Nesbeth’s interception with just a minute remaining held off a late GSU rally attempt and sealed the win for TSU.

Former Florida quarterback Treon Harris sizzled for the Tigers as a dual threat, running for 91 yards to go along with his 145 yards passing.

TSU became the first FCS team this season to defeat an FBS team.