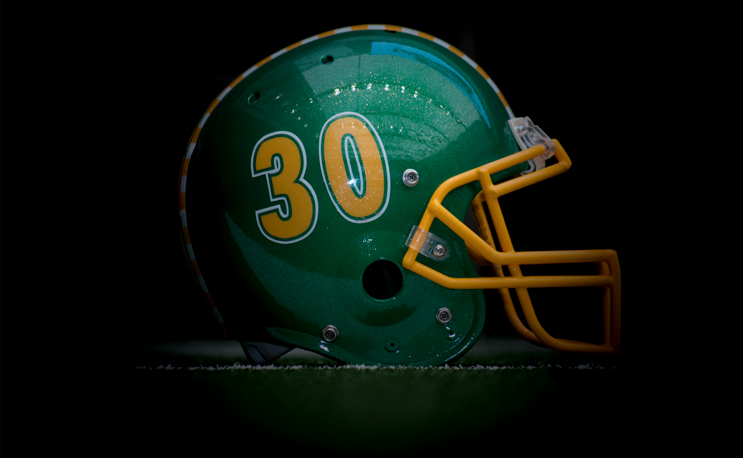 Backfield could be entirely shuffled from a year ago.

John L. Smith will be the first person to tell you that his Kentucky State football team was ahead of schedule by making it to the SIAC championship game last year.  The casual arm chair quarterback might suggest that the Thorobreds simply line up and repeat everything they did last season.  It was enough to beat Tuskegee on the road.  It was enough to find themselves just one play short of winning a conference championship.  That was all good, but change is coming.

Lavelle Cloyd didn’t have more than 12 rushing yards in a game during the first seven contests last year.  In the last three games of the year against Lane, Benedict and Fort Valley State he averaged a whopping 93 yards per game.  Now that their secret weapon is out of the bag he should begin the season as their lead running back.

“I’m very excited, for them to put me in this position and give me the opportunity to play running back it’s amazing,” Cloyd said earlier this summer at the SIAC Media Day. “I’ve been asking to do it for a while. I capitalized on my opportunities they gave me, we’ll see what happens this year.”

Cloyd is a big running back by any standards. He’s 6’3″ and 216 pounds, opponents will spot him as soon as he steps off the bus.  Cloyd is quick to point out that he’s fast and the stats back up his claims of breakaway speed.  He had long runs of 66, 27 and 58 yards in his last three games respectively.

The senior from Lexington, Kentucky has studied the running styles of taller backs like Eddie George, Eric Dickerson and Steven Jackson, but also tries to emulate famed scatbacks like Marshall Faulk.

“Running straight ahead and bull-rushing through everybody is good and all but you got to have some moves too.  You got to be elusive.  I would say I’m a balance type of guy.  Pretty fast too.  Not to gloat,” Cloyd added with a smirk.

Rookie of the Year on the move

KSU quarterback Jules St. Ge was named SIAC Freshman of the Year last season, which normally might equate to job security.  Smith was very clear at media day however that he’s going to have an open competition at quarterback and St. Ge could appear on the field at other positions.

“We’re going to experiment and do some things with Jules this year.  You may see him play at some other spots, because he’s that good of an athlete. We just have to get the ball in his hands,” Smith said.

St. Ge was seventh in passing yards per game in the SIAC last year and ninth in passing efficiency.  When you see him play however you can see the speed and agility that has Smith considering moving him into some open space opportunities on the field.  If the new quarterbacks don’t pan out then KSU has the advantage of moving an experienced player back under center.

Underdog has left the building

The Thorobreds won’t have the luxury of playing the role of “little ol’ Kentucky State” anymore.  They grabbed the attention of everyone with the composure they showed in defeating Tuskegee on its home field.  Even though they led a good portion of the championship game until the very end, history may point back to the Tuskegee game as their crown jewel of 2016.

Once you knock the king from the top of the hill, even just one time, people tend not to overlook you anymore.

KSU placed six players total on the preseason all conference teams in the SIAC, with St. Ge and Cloyd making the second team. Kentucky State opens up with three nonconference games before the Circle City Classic against Central State on September 23rd.

Their homecoming game this year shouldn’t need any manufactured hype or overselling. Tuskegee rolls into Frankfort on October 21st.