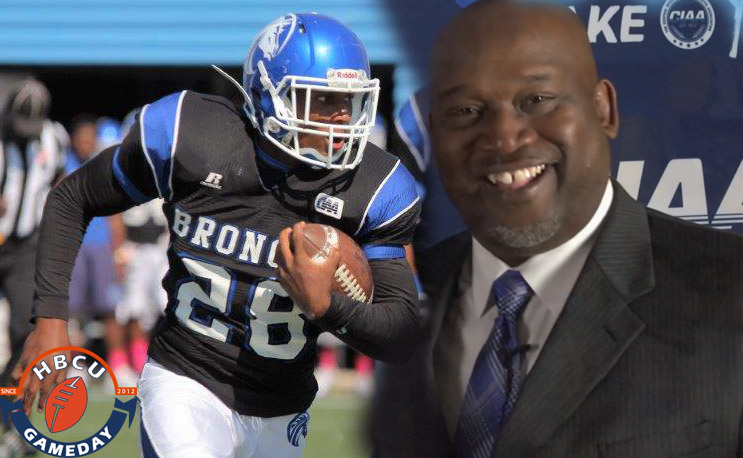 The 2016 season was one of learning on the fly for Richard Hayes and his Fayetteville State program.

FSU finished 4-6 its first season under Hayes, who was in his first year as a college football head coach. It finished second in the CIAA Southern Division behind conference champion Winston-Salem State, a team that Hayes knows a lot about having spent the previous six seasons as an assistant at WSSU.

“We can’t start off slow. We can’t go 0-5,” Hayes told HBCU Gameday. “We have to show up and play very well in those two (CIAA) crossover games. Because I learned very last year, if you lose the two crossover games, you basically eliminate yourself from CIAA contention.”

Last season was Hayes’ first as a head coach, but he comes from a football rich tradition. His uncle is legendary coach Bill Hayes, whom he played for and coached under at North Carolina A&T. Hayes says his now-retired uncle is a constant presence in his life even today.

“I talk to him almost every day. If I need something, I call him…advice or anything. He’s my mentor. He’s almost like my dad, you know, so I talk to him as much as I possibly can,” Hayes said.

“A couple times he came out the stands and told me to take Stevie out the game because we had a big lead. Because I was gonna let him run. He said ‘take him out the game.” I said yes sir, I’ll take him out. ”

Stevie would be Stevie Green. Green is a back with Division I level talent that had a big first year under Hayes, winning CIAA Offensive Rookie of The Year in 2016. More on him later.

Hayes and his team have also scoured the state of North Carolina for talent, hitting the Charlotte and Triad areas as well as the eastern part of the state, bringing in players from winning programs such as Mallard Creek and Greensboro Dudley, the 2016 4A State Champs.

“I think we got maybe 12 players out of that Charlotte area, Greensboro it was about 10. So we’ve cast our net this year,” Hayes said. “We went out and got some very good players from Down East around our back yard, and we think those guys will be ready to come in and compete right away.

Hayes says his quarterback position is still a work in progress. They have two returning quarterbacks, two freshman and a transfer that he declined to name that will be in the running to lead the offense in 2017.

“I’m hush-hush,” Hayes said with a laugh when asked about transfers. “But I got a few of them. I wanna make sure they’re in school first.”